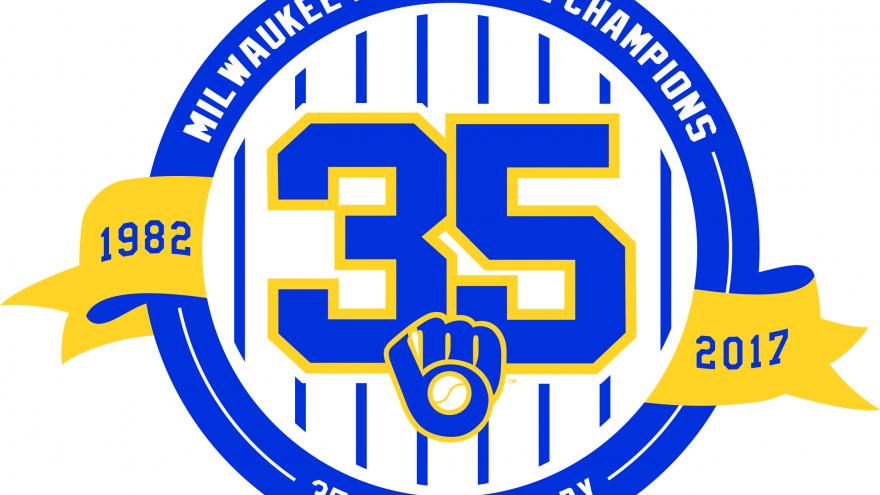 Earlier this year, the Milwaukee Brewers announced plans to celebrate the 35th anniversary of the 1982 American League Championship team during the weekend of July 14-16. The main event of the weekend will be the reunion of the 1982 team in an on-field ceremony at Miller Park on Saturday, July 15, before the team’s 6:10 PM game against the Philadelphia Phillies.

Fans are encouraged to arrive early on Saturday for the special on-field ceremony. In addition, members from the 1982 team will hold a free autograph session for approximately 30 minutes beginning at 4:40 PM that day in the Miller Park seating bowl.

The party will go on all weekend as the 2017 Brewers will wear the team’s 1982 home uniforms during all three games. The Phillies will also wear powder blue throwback uniforms from that season.

On Friday, July 14, the first 20,000 fans in attendance for the Brewers 7:10 PM contest against the Philadelphia Phillies will receive a Free-Shirt Friday replica Paul Molitor Jersey. The jersey will resemble the 1982 powder blue uniforms sported by the Brew Crew.

To cap off the weekend, all fans who are at Miller Park for the team’s Sunday 1:10 PM contest will receive a 1982 American League Championship replica ring.