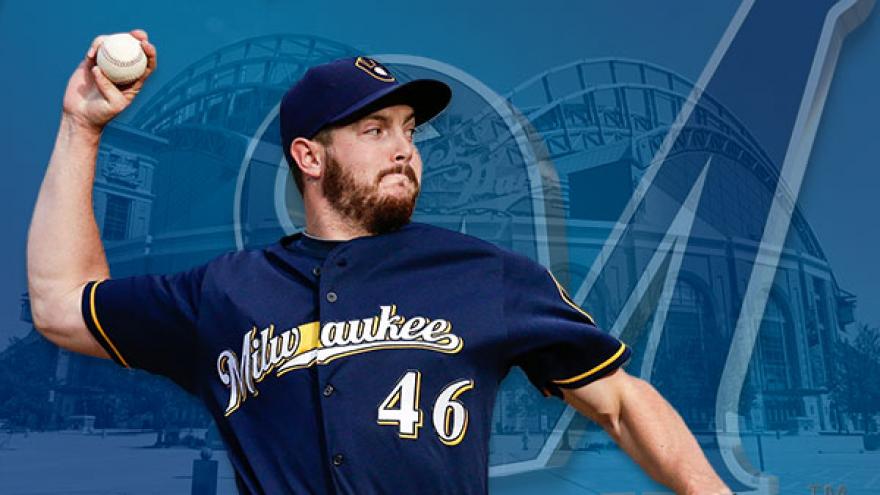 The Roberto Clemente Award is the annual recognition of a player from each MLB Club who best represents the game of baseball through extraordinary character, community involvement, philanthropy and positive contributions, both on and off the field.

Each Club nominates one current player to be considered for the Roberto Clemente Award in tribute to Clemente’s achievements and character.

In Milwaukee, Knebel has a passion for animal care and helping kids living with illness or developmental disabilities. For the past two years he has served as a base coach at the Miracle League of Milwaukee All-Star Game. The Miracle League allows all children to play organized baseball, regardless of ability. In addition, Knebel has donated to Autism Speaks, an advocacy organization that sponsors research and conducts awareness and outreach activities aimed at families, government and the public. He helped bring over 100 families to a Brewers game this year.

Earlier this year, Corey and his wife, Danielle, purchased hats for kids living with cancer in support of the “Love Your Melon” apparel brand, which is dedicated to giving a hat to every child battling cancer in America and supporting the fight against pediatric cancer.

For the past three years, Corey served as an honorary chair for the Milwaukee Emergency Center for Animals (MECA) Vest a K-9 Event. The event helped raise money to provide the Greenfield Police Department’s dogs security vests for their protection while in the line of duty.

Additionally, Knebel contributes financially each year to Brewers Community Foundation, the official charity of the Milwaukee Brewers Baseball Club, to support activities and programs targeted to youth recreation, health and education throughout Wisconsin. In addition to financial support, Corey donates time to several organizations throughout the season.

The league-wide winner of the Roberto Clemente Award, who will be announced during the 2018 World Series, will be selected among the group of nominees via a blue ribbon panel that includes individuals connected to the game.