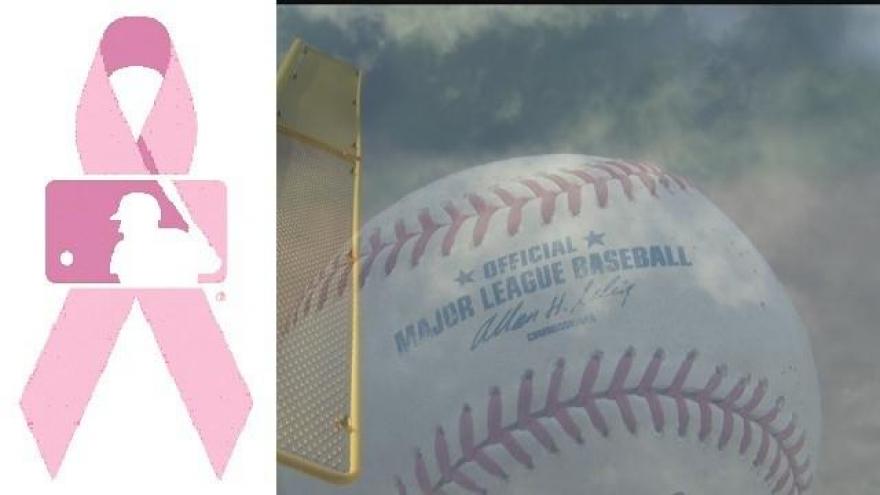 Major League Baseball announced that the 2017 Honorary Bat Girl Contest is now available online at HonoraryBatGirl.com for fans to share stories of how they, or their loved ones, are supporting the cause to raise awareness and find a cure for breast cancer. The contest, which launched in 2009, will identify one fan per MLB Club who has a personal connection to breast cancer and has demonstrated a commitment to battling the disease.

Breast cancer survivors, friends and family, advocates and supporters of the cause, regardless of gender, can now submit stories about themselves or loved ones who are “Going to Bat Against Cancer” by visiting HonoraryBatGirl.com. Entries can be submitted through Wednesday, April 12 at 4:59 PM ET. To participate in the contest, entrants must be at least 18 or over to enter.

Supporters of contest participants have the opportunity to vote online for these inspirational stories. Winners will receive pink MLB merchandise and be recognized during Brewers pre-game ceremonies on Mother’s Day, Sunday, May 14.

The panel of judges will help select the winning submissions based on the following criteria: quality of submission in describing the nominee’s personal connection to breast cancer, the nominee’s commitment to the battle against breast cancer through education/awareness/fundraising/additional efforts, and public appeal (as determined by the public online vote). Each judge will review a portion of the submissions, and their rankings will be considered in the selection process.

On Mother’s Day, players and on-field personnel will wear the symbolic pink ribbon on their uniforms along with pink wrist bands. Players also will wear specially-designed uniforms that incorporate pink into the Clubs’ regular logos. Commemorative base jewels and dugout lineup cards also will be pink. Games will feature a pink-stitched Rawlings baseball, the official ball of MLB, as the official game ball. Many MLB players also will use pink bats, and pink Louisville Slugger bats, the Official Bat of Major League Baseball, will be stamped with the MLB breast cancer awareness logo. Many authenticated, game-used Louisville Slugger pink bats and other pink items from Mother's Day games will be auctioned exclusively on MLB.com/auction to benefit the fight against breast cancer.

The Honorary Bat Girl program was introduced in 2009 to raise additional awareness and support for the annual "Going to Bat Against Breast Cancer" initiative celebrated on Mother's Day. In eight years, thousands of unique testimonials have been submitted and more than 3 million fan votes have been cast. Going to Bat Against Breast Cancer is a Major League Baseball initiative supported by MLB charitable partners, Stand Up To Cancer and Susan G. Komen. This initiative raises awareness about the breast cancer cause, while also raising funds to support breast cancer research.