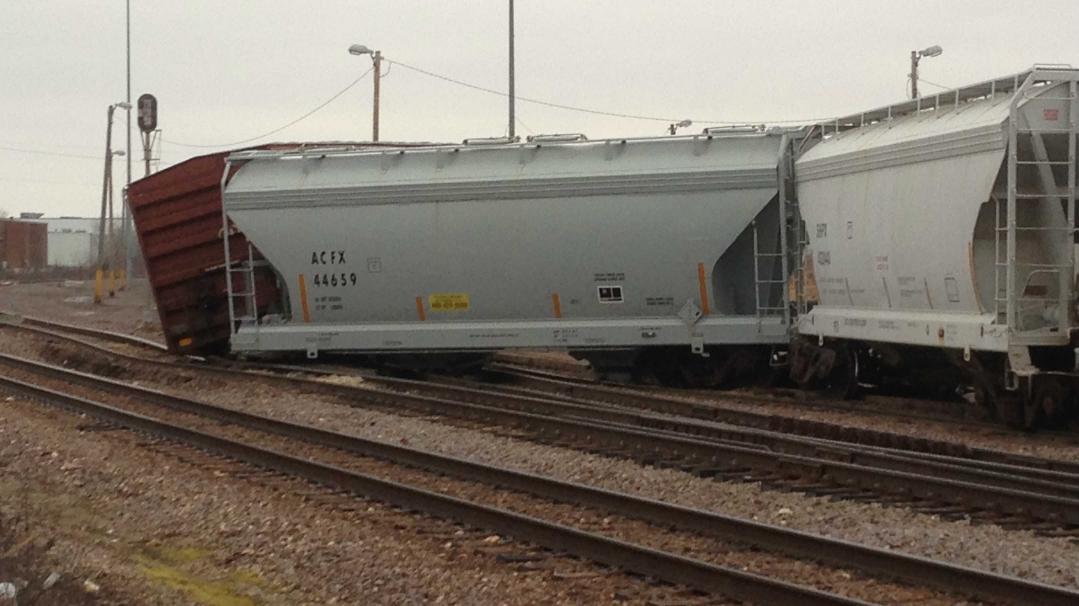 Emergency officials are on scene of a train derailment on railroad tracks near West Capitol Drive in Wauwatosa near the intersection of North 124th Street.

The location of the derailment is behind a Home Depot on West Capitol.

At least three train cars jumped the tracks. One of those cars is a Union Pacific box car, the other two are covered hopper cars which typically carry grain, flour or sugar.

No fire or injuries have been reported.

Stay with CBS 58 on this developing story.