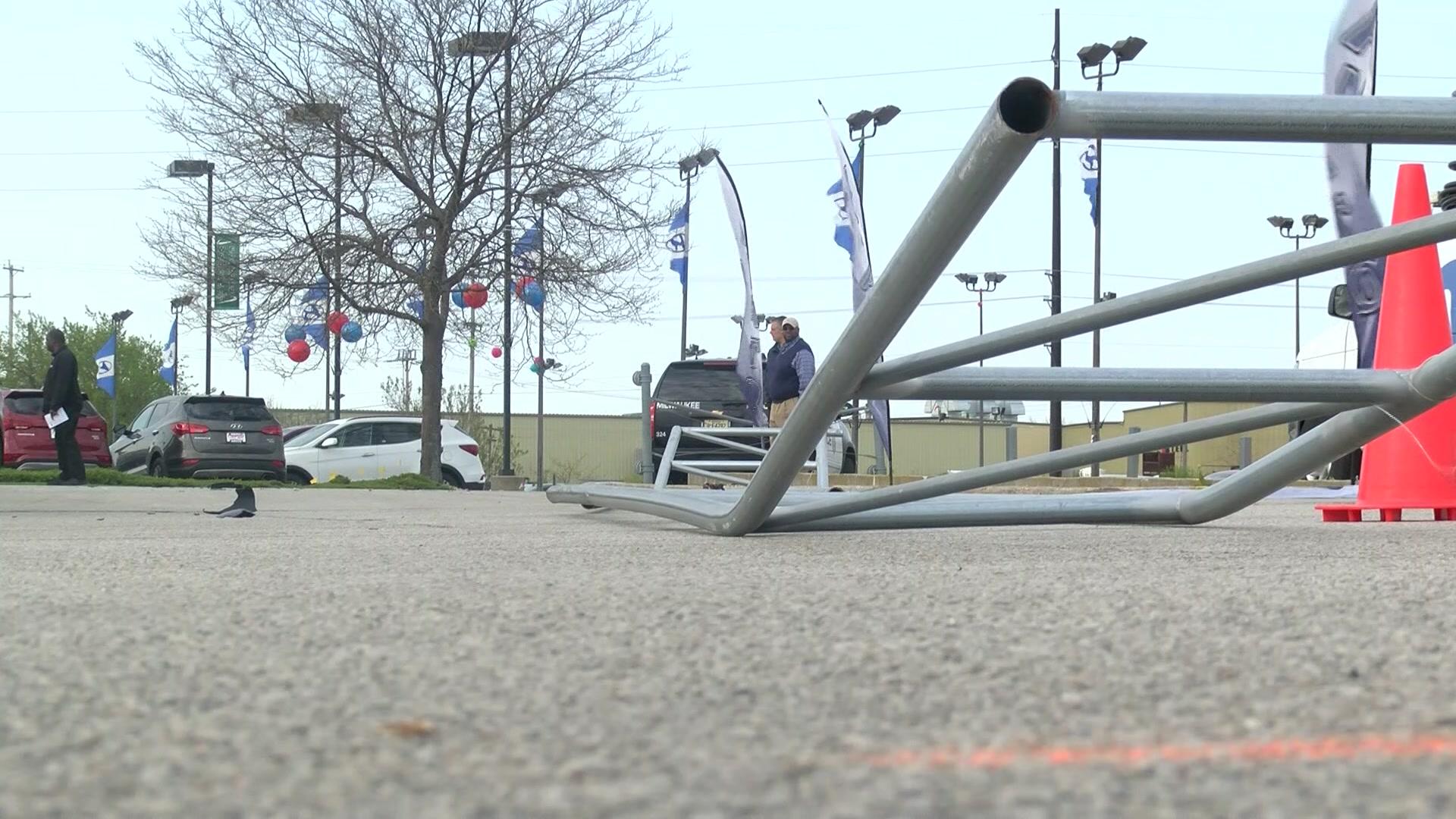 Milwaukee Police are investigating a break-in and robbery at a local car dealership.

It happened around 5 this morning at the Amato Hyundai Superstore on N. 76th street.

Several suspects broke into the business and stole seven vehicles and several sets of vehicle keys.  One of those vehicles, a 2012 Cadillac SRX, was involved in an accident a short time later in the 8200 block of W. Silver Spring Drive when the stolen Cadillac hit a Ford Windstar.  The male driver of the Windstar was transported to a local hospital for treatment of non-life threatening injuries.

At this time, two juveniles, a male and a female, have been taken into custody.