Boy Hospitalized After Nearly Drowning, Man Who Helped Speaks Out 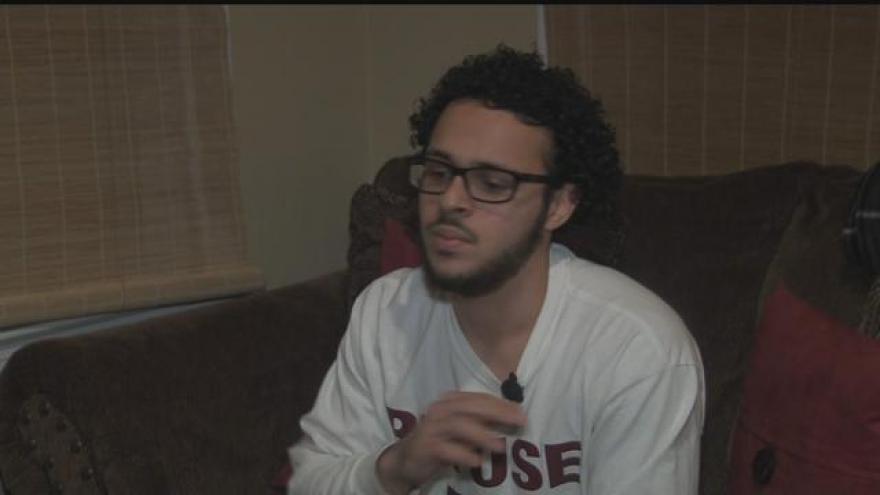 The near drowning happened at the Best Western Hotel on New Year's eve. The boy is now fighting for his life in the hospital.
Every year there's a big New Years eve party at the hotel mainly in the pool area. A family tradition for one family that quickly turned into tragedy for many.
"Just looking over him, he was lifeless. I didn't think he was going to make it," says Yasir.
However Ummi Yasir says - no matter what he thought - he tried his best to save a 13 year old boy he'd never met.
"I have never experienced anything like that in my life," says Yasir.
Yasir, his parents and seven brothers and sisters were all at the party. About 10 minutes until midnight Yasir says he heard his mom scream and point.
He ran over, pulled the boys limp body out of the pool and started CPR.
"When I was trying to give him CPR, blood, snot, vomit all of those things were coming out of his nose mouth and i was pushing it away making sure he can breath. I just remember pushing him, then a couple of minutes later i was into the new year. I seen his eyes open and it helped me out to keep me going there was really a lot of people doing a lot of things to make sure the young man was okay," says Yasir.
Yasir says there was no lifeguard on duty and little supervision, something he hopes will change after this.
"Hopefully a lot of people seeing this will be able to see how important it is to keep an eye on a young kid, especially at a swimming pool," says Yasir.
We have reached out to the Best Western, left a message and are awaiting a response. This is the second incident that's happened here in 6 months. In August 2016, a man drowned.