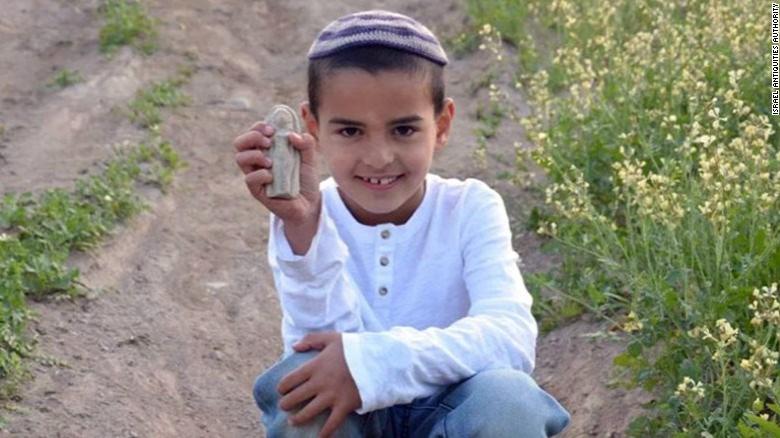 (CNN)A 7-year-old Israeli boy is being hailed after finding a piece of history during a day trip to an archeological site.

Ori Greenhut was climbing a mound at Tel Rehov with friends when he came across a covered figurine, said the Israel Antiquities Authority. The boy brushed off the dirt to reveal an image of a woman in clay.

According to authorities, the figurine is some 3,400 years old.

"Ori returned home with the impressive figurine and the excitement was great. We explained to him this is an ancient artifact and that archaeological finds belong to the state," said Moriya Greenhut, Ori's mother.

The family gave the figurine to the Antiquities Authority, which said the image of the woman was made by pressing soft clay into a mold.

The small statue may represent a real woman, or it may depict the fertility goddess Astarte, according to Amihai Mazar, a professor and expedition director of the excavations at Tel Rehov.

The figurine is typical of the Canaanite culture, Mazar said.