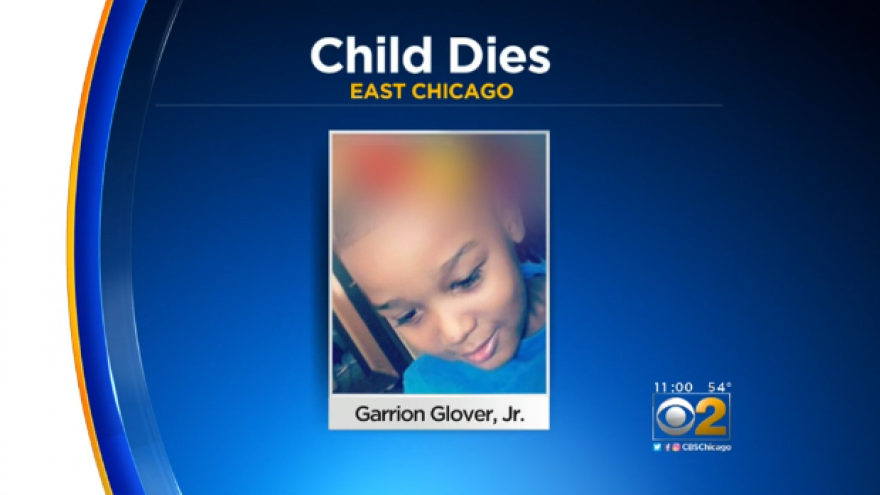 CHICAGO (CBS) — A 4-year-old boy was killed when he was shot in his home early Thursday in East Chicago, Indiana.

East Chicago Police Sgt. Terence Fife said officers responded to a shooting in the 3500 block of Guthrie Street shortly after midnight. A woman at the home told them she was asleep in the bedroom with her boyfriend, when they heard a noise from the living room, and found her son lying on the floor bleeding.

The boy’s uncle told police he was sleeping on the couch when he heard a noise, and was woken up by his sister, and saw his nephew lying on the floor next to him, Fife said.

The boy was taken to St. Catherine Hospital. The Lake County Coroner’s Office said 4-year-old Garrion Glover was pronounced dead at the hospital at 3:05 a.m.

Police have not said exactly how Garrion was shot, but the boy’s grandmother told CBS 2 he apparently woke up in the middle of the night, found a gun that was in the home, and shot himself.

“This is what it is. He’s gone. He was fitting to be 5 years old on Wednesday, May 17th. He didn’t make it to his fifth birthday,” Latoya Glover said.

Garrion’s family said he loved toy guns and probably thought he was playing with a toy.

“Garrion, he was a bright kid. He liked to play the video games, he liked to play with toy guns, and he loved his family. Typical, any other kid. Just a regular little boy. That’s what he did. I mean, to him, it probably was, it was toy to him,” cousin Kenny Trout said.

Fife said the 22-year-old uncle was taken into custody on drug charges. Police also want to interview him again about how Garrion was shot.

It was not immediately clear who owned the gun that killed Garrion, or where he found it.

Garrion’s grandmother said the boy’s father was killed in a homicide at the same apartment complex two years ago. She said many residents there do not feel safe, and own guns for protection.