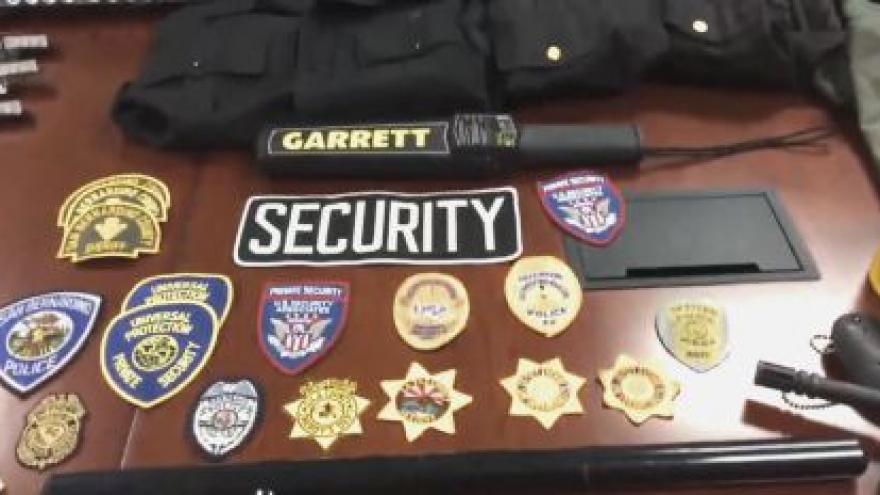 VICTORVILLE (CBSLA) — Police say a 14-year-old Victorville teen has been arrested for impersonating a sheriff’s deputy while he drove around in an SUV with red and blue emergency lights.

The unidentified Hispanic teen was arrested March 6 after police received reports the previous day of a juvenile who pulled into the driveway of a home in the 13600 block of Mica Avenue, according to the Victorville Police Department.

He was driving a white Ford Explorer with red and blue emergency lights, which were activated and mounted on the inside of the front windshield. The SUV had no law enforcement or other type of identifying markers, other than the emergency lights, and had no license plates, according to police.

Investigators say the suspect – wearing a San Bernardino County Sheriff’s Department uniform with a firearm in the belt holster – approached the front door of the home and told the homeowner he was there to “investigate a reported domestic disturbance.”

After the homeowner told him there was no disturbance and went back inside, the suspect attempted to open the door but it was locked, police said.

He then returned to the SUV and after a brief exchange with the homeowner, who followed him out to his car, he left the area, according to police. The homeowner then notified authorities.

Authorities confirmed to CBS2 one of the incidents in question was caught on video posted to social media on March 5 showing a young man apparently impersonating law enforcement and driving a white SUV with emergency lights mounted in the window.

Victorville police later released video of one of the incidents showing the suspect driving the SUV.

Detectives say the suspect was involved in two additional incidents that same evening, including one near Cobalt Road where he activated the emergency lights on the SUV and caused a 16-year-old boy to come out of his home.

A police sergeant saw the Explorer matching the description of the one used by the suspect and pulled over the driver, who police later determined was the 14-year old great-grandson of the registered owner.

The driver was detained and later identified as the suspect, police said.

During a search of the teen’s home, investigators say they found the uniform worn during the incident, as well as a large amount of counterfeit money, simulation firearms, ballistic vests and other law enforcement-related items.

The suspect, who is on probation, was arrested and booked at High Desert Juvenile Detention Center.