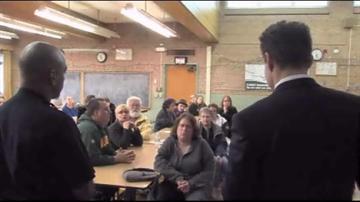 MILWAUKEE-- Until our CBS Bottom Line Investigation many didn't know there was no law restricting offenders from schools and parks in the City of Milwaukee. As a result of our story Alderman Tony Zielinski is hoping to see the creation of buffer zones, something the failed several years ago. About a decade ago he tried to introduce an ordinance for sex offenders to live 2,000 feet from schools and parks but it flopped.

After our story aired, Tuesday, he held a public meeting for fired up parents angry with the lack of regulation. He hopes to use their support to pass a new ordinance. This time it will be for 1,000 feet. CBS 58 plans to follow up with aldermen to see if they'll support the measure.