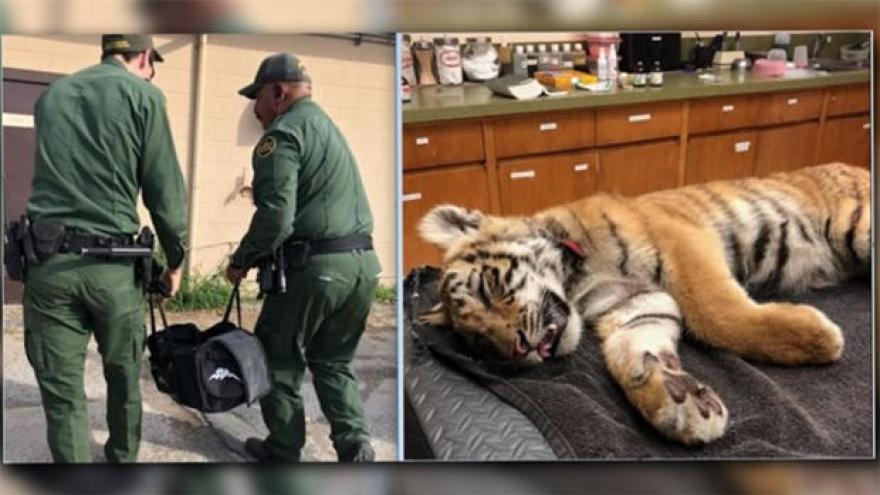 BROWNSVILLE, Texas (CBS News) -- U.S. Border Patrol agents found a live tiger cub inside a duffel bag after they saw three people trying to enter the country illegally, CBS Houston affiliate KHOU-TV reports. Agents said they were working near the Rio Grande Monday when they saw the three try to come into the U.S. One was carrying a small, black duffel bag but left it behind when they returned to Mexico.

Inside the bag, agents found the male tiger cub. It appeared to be about 3 or 4 months old.

The cub was brought to the Gladys Porter Zoo in Brownsville.

Irma Chapa, the Communications Director for the RGV Sector of the United States Border Patrol, provided an updated photo of the cub on Twitter Monday night.