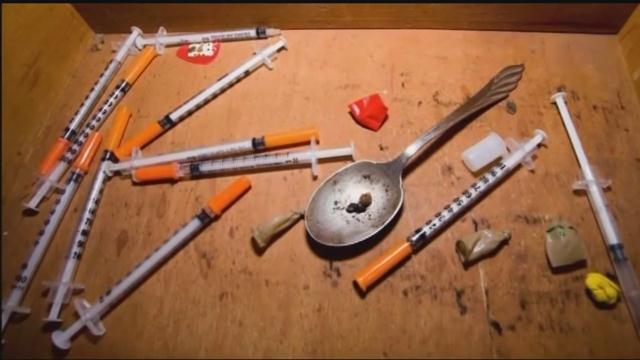 "After high school I worked every day and looked for drugs every night. That was my life for ten years," said Tyler Lybert.

"They're trying to get a high of feeling better but this drug owns them. They're in a jail that none of us can understand," said Lauri Badura.

At today's hearing Lauri Badura gave the crowd a glimpse into this addiction; her son died of an overdose 77 days after getting clean.

"We spend $25 billion per year on war on drugs; it's a complete failure," said Senator Ron Johnson.

At a hearing today, Senator Johnson says that heroin used to come from South America and Africa.

He says we've got to secure the border and stop the supply.

"Our insatiable desire for drugs is not only causing the crime and broken families, overdoses, broken lives; its putting our nation at risk because its resulting in a porous border," said Johnson.

And while Senator Tammy Baldwin agrees, she wants to focus on treating those in need.

"You heard Tyler talk about; this is something hes going to struggle with for the rest of his life. That's where I want our emphasis to be," said Senator Baldwin.

Because Lauri says the odds are stacked against the addicts.

"Tyler's an anomaly. Not a lot of them make it out. I wish there were a lot of Tyler's. I wish I knew them. I don't," said Lauri.

Meanwhile, Senator Baldwin is working on a bill to help with emergency funding for overdoses. That information is here: https://www.baldwin.senate.gov/press-releases/us-senator-tammy-baldwin-introduces-legislation-to-fight-opioid-addiction-from-prevention-to-recovery