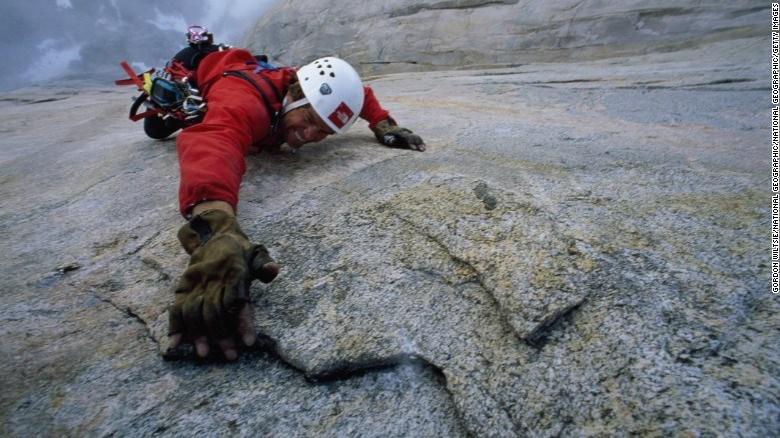 (CNN)Sixteen years after Alex Lowe, a world-class climber, and David Bridges, a cameraman, were struck by an avalanche in a Tibetan mountain, their bodies may have been found encased in blue ice.

Alex Lowe was a world-renowned alpinist -- many regarded him as the world's best climber at the time. He climbed Mount Everest twice, the Matterhorn and also scaled El Capitan in Yosemite 16 times.

In October 5, 1999, Lowe and Bridges were on a hike to check out a possible location they had hoped to ski on Shishapangma, the 14th highest mountain in the world, according to Outside Magazine.

But that day, a massive avalanche struck and swept them away. Their companions on the hike, including climber Conrad Anker, searched for the pair, but never found them.

Sixteen years had passed when last Wednesday, Anker received a call from two climbers who were on the south face of Shishapangma. The climbers, David Goettler and Ueli Steck, had come across the frozen remains of two people that were "beginning to emerge from the glacier," according to a statement from the Alex Lowe Charitable Foundation.

One of the climbers described the clothing and the pack on the two bodies to Anker, who "concluded that the two were undoubtedly David Bridges and Alex Lowe," according to the statement.

Anker had married Lowe's widow, Jenni Lowe-Anker in 2001 and adopted Lowe's three sons. He said in a statement that the discovery "brings closure and relief for me and Jenni and our family."

Lowe-Anker said the whole family planned to make a pilgrimage to Shishapangma.

"Alex and David vanished, were captured and frozen in time. Sixteen years of life has been lived and now they are found. We are thankful," she said in a statement.

Lowe-Anker established the Alex Lowe Charitable Foundation in 1999 in the memory of her first husband. The foundation fosters projects such as the Khumbu Climbing Center that offers technical training for local Himalayan mountain workers.