Bobbleheads will be on Display at RedLine 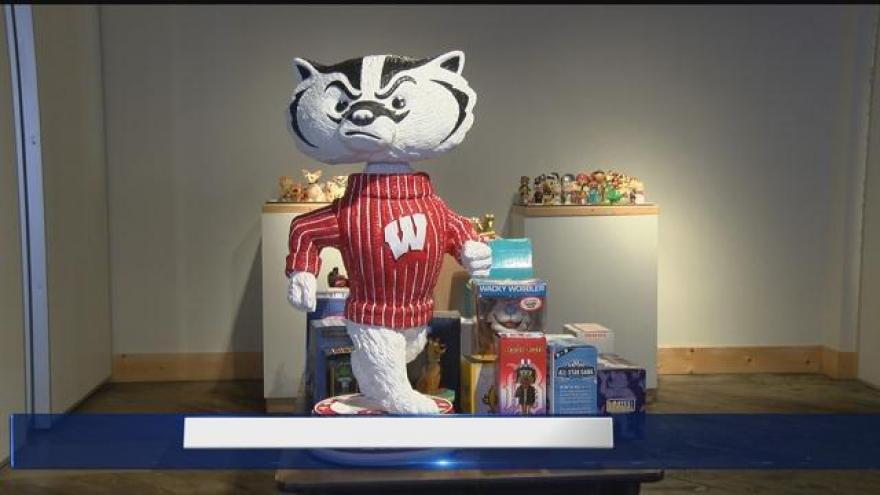 Look for an announcement this spring as to where the National Bobblehead Hall of Fame and Museum will go.

The co-founder of the concept told CBS 58 Morning New Anchor Jessica Tighe he hopes to make an announcement by the end of April.

“We have a lot of coals in the fire in terms of locations. It will be an existing building, most likely right here in the downtown Milwaukee area and we’re still on target to open by fall of 2016,” Phil Sklar, Co-Founder and CEO of the National Bobblehead Hall of Fame and Museum said.

A couple of buildings in Walker’s Point have piqued his interest. Sklar also says he’s talked to the Milwaukee Bucks about eventually having a spot within the new arena development.

“We’re keeping that dialogue open. That’s more long term just because they’re building the arena first and working on other surrounding developments after. There would be a temporary home before that,” Sklar said.

In the meantime, you can check out a new exhibition featuring the bobbleheads that will go into the museum.

“Bobbleheads: Real and Fantastical Heroism” opens at RedLine on Friday, January 22. RedLine is a non-profit arts gallery on Fourth Street in Milwaukee.

Two-thousand bobbleheads will be on display. That’s the most bobbleheads ever publicly displayed, according to Sklar. The number is about 40 percent of the entire collection. The museum will have more than 5,000.

"There are so many different characters. You can turn everybody from the President to Garfield into a bobblehead and that's just really unique. You can't do that with everything," Sklar said.

CBS 58 got a sneak peek as crews were putting the exhibition at RedLine together. It features unique bobbleheads like a three-foot Bucky Badger, a tiny bobblehead about an inch tall, and kissing bobbleheads. Gandhi, Hellen Keller, and Superman are some of the heroes featured. There are also stations where attendees can learn about the history of bobbleheads and how they’re made.

“We’re really trying to showcase the story behind the bobbleheads,” Sklar said.

There is no entrance fee, but a five-dollar donation is suggested. The exhibition opens Friday, January 22 and goes through Saturday, April 30. Sklar hopes to announce where the museum will be located by the end of its run.

Bobblehead enthusiasts can also attend a preview party at RedLine on Thursday, January 14. Milwaukee singer-songwriter Pat McCurdy will unveil a new song he’s been working on for months. Spoiler: It’s about bobbleheads! Tickets to the preview party cost $25.

For more details on the exhibition or the preview party, check out RedLine.