Bo Ryan Investigated by UW for Misusing Resources During Affair 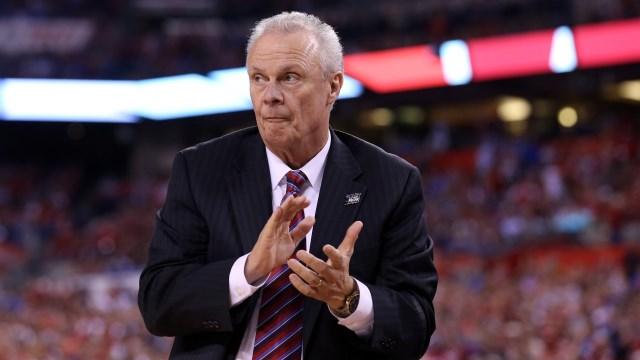 (AP) - The University of Wisconsin says it has cleared former basketball coach Bo Ryan of allegations that he had misused school resources while having an "improper personal relationship" with a woman.

Chancellor Rebecca Blank said in a statement Friday that Ryan was cleared in May following an investigation by athletics and the Office of Legal Affairs. The investigation was triggered by allegations received by the school in February 2015 from a woman.

Ryan, who is married, retired abruptly following a game on Dec. 15, 2015. His departure "was entirely his decision," Blank said.

The investigation was first reported by Deadspin on Saturday.

An email sent by the AP to Ryan's attorney seeking comment from the retired coach was not immediately returned on Saturday evening.