Bluetooth Devices in Downtown Milwaukee being Monitored for Traffic Study 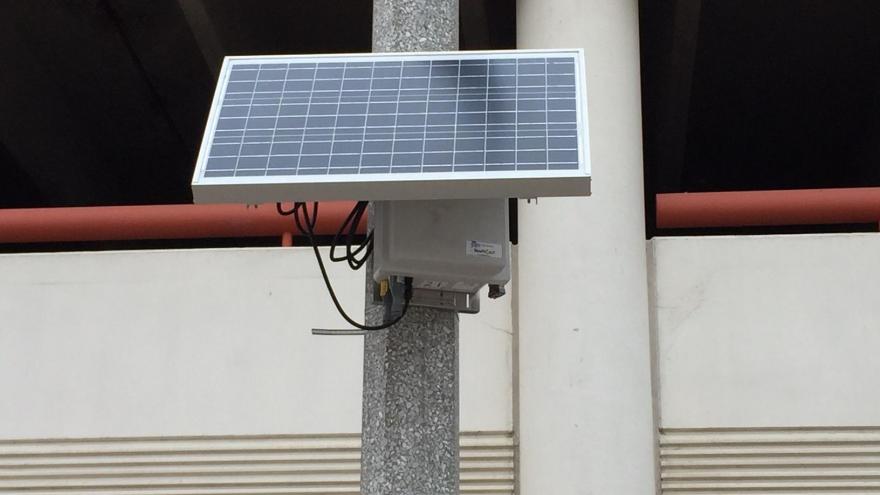 If you're driving through the downtown corridor, you may notice a series of solar panels sitting high above the sidewalks on downtown streets.

They're not being used to power street-lights or parking meters, instead, to track your driving habits.

The Milwaukee County Transit System hired a Madison-based crew to install the panels last week, part of the next step in the proposed Bus Rapid Transit System.

The detectors work by detecting a Bluetooth signal in your cell phone, car, or laptop, and then tracking that signal from panel to panel. Conway compares it to the traditional black cable used to generate traffic counts on local roads, only this method is more precise.

"It can track a car or vehicle on that route and know where they get on, where they get off, and all of that determines the impact of how this Bus Rapid Transit project would have on the road."

As soon as you leave the area, the panel loses the ability to detect your device. Conway is quick to point out, the county isn't gathering any personal data.

"This is 100% anonymous," he says. "We have no idea, nor do we care, who you are or what kind of car you're driving, or what's on your phone. This doesn't do any of that, it's just sensing a bluetooth signal."

Conway says it's the first time MCTS has ever used bluetooth detecting technology, but says it's a major plus in compiling traffic data.

"It helps us make better decisions," he says.

The results of the data will be shared at a pair of public input meetings in May.

Construction for the Bus Rapid Transit System remains on schedule to begin next year.

The 9-mile route will connect the Lakefront to Wauwatosa, with dedicated lanes for buses and emergency vehicles.