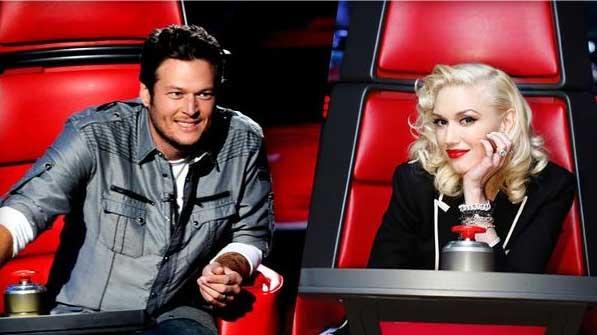 No doubt Blake Shelton and Gwen Stefani have a lot to write about after both going through divorces this year and, just this week, announcing their romantic relationship. A source confirms to ET that the musicians have penned a song together, but it's yet to be confirmed if the new couple have recorded it yet.

Shelton, 39, split from Miranda Lambert, 31, after four years of marriage in July, while Stefani, 46, filed for divorced from Gavin Rossdale in August after nearly 13 years of marriage. Coincidentally, they're both mentors on this season of "The Voice."

While Shelton has yet to record any new music since the divorce, Stefani has been working on her third solo album.

Stefani revealed to ET that her first single since her split, "Used to Love You," comes from a personal place. "The biggest gift has been to be able to take some tragedy and write a song about it and share that," the mother-of-three said in October. "The rewards that I've gotten through that is just unbelievable."

"The biggest gift has been to be able to take some tragedy and write a song about it and share that," the mother-of-three told ET in October. "The rewards that I've gotten through that is just unbelievable."

While we've yet to hear Stefani and Shelton's song, we have seen them on stage together. During an appearance on "The Tonight Show starring Jimmy Fallon," the duo covered Drake's "Hotline Bling." Though, things got awkwardwhen Shelton admitted he wasn't familiar with the track.

Now that the two have gone public about their romance, perhaps we'll see more PDA between them. ET already spotted Stefani and Shelton hanging out in Nashville, Tennessee on Wednesday.