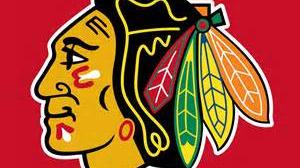 In the Blackhawks recent string of success, there was still one thing they hadn't done - clinch the Stanley Cup Final in front of their home fans.

That changed Monday night with a 2-0 series clinching win over the Tampa Bay Lightning in Chicago.

Duncan Keith and Patrick Kane scored for the Blackhawks, who clinched the series at home for the first time in 77 years, but won their third overall championship in six seasons.