Black Violin Breaking Down All Sorts of Stereotypes 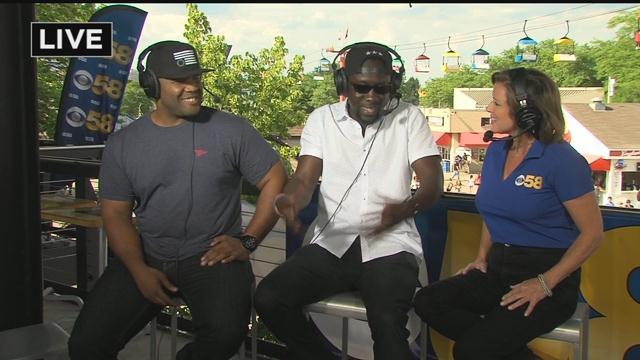 Just back from Europe the sensation called Black Violin chose Summerfest as its first performance in the U.S.

Before they played the Johnson Controls World Sound Stage, they stopped by the CBS 58 News at 4:30 for a live interview.

Wil Baptist and Kev Marcus are good with both.

Classically trained violinists who attended performing arts high school, they not only are pursuing their professional path but also giving back to school children and encouraging them to be proud of themselves and be who they are.

At FIU, Kev met their manager Sam G and the three of them co-founded the production company DKNEX which stands for Di-Versatile Music.

The group name "Black Violin" is derived from the influence of a famous jazz violinist, Stuff Smith; six months before Smith's death, he recorded a solo album entitled Black Violin.

The duo decided to name their group after the music of the most inspiring violinist they had ever heard.

Black Violin clinched the Showtime at the Apollo 2005 Legend title. Black Violin's notoriety has risen with their performance accompanying Alicia Keys at the 2004 Billboard Awards, and by performing on the same bill with some of the industry's biggest artists.

The duo also are avid producers and writers. Most recently, they made a star appearance on "Angelina Ballerina" on the PBS channel.