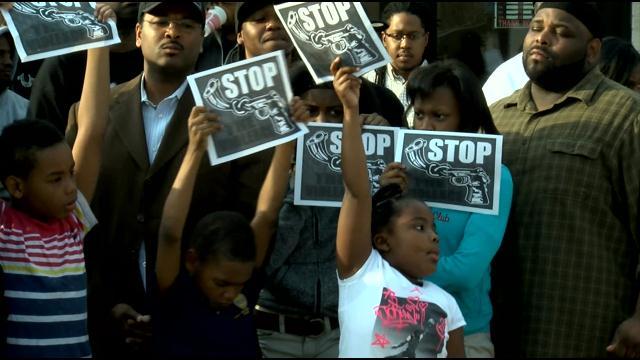 Authorities say Stephanie Harris, 31, stabbed her boyfriend to death during an argument at the couple's apartment. She's charged with second degree reckless homicide.

Meanwhile, Eugene Patterson, 45, is charged with first degree intentional homicide after he shot his friend, Willie Lee Woods, Jr., at a barbeque.

Police say the two had been drinking together all day when they got in an argument.

Woods' sister was at a rally Friday night calling for an end to the violence.

\"If the residents don't step up and say we are not going to take this, how many more brothers or uncles or mommas or grandmothers, aunties are we going to lose to these streets,\" Leikisha Jones questioned.

It is that call to action across the city of Milwaukee, that the power to end violence is in the hands of the people, not the police.

Concerned community members of all religions, races and ages gathered at 3rd and Keefe to support a new movement called Black Love Matters.

Leaders say it's about neighbors taking ownership of the problems destroying their neighborhoods. One way to do that is by creating safe zones.

\"We want to establish areas where people feel if there's conflict resolution that needs to be done, they feel they have a partner in the community in which they can come and we can facilitate that resolution,\" said Shawn Muhammad, community organizer.

The group is also pledging 20 weeks, 20 hoods, an effort to provide resources to residents, showing them there's another way to resolve conflict than picking up gun.