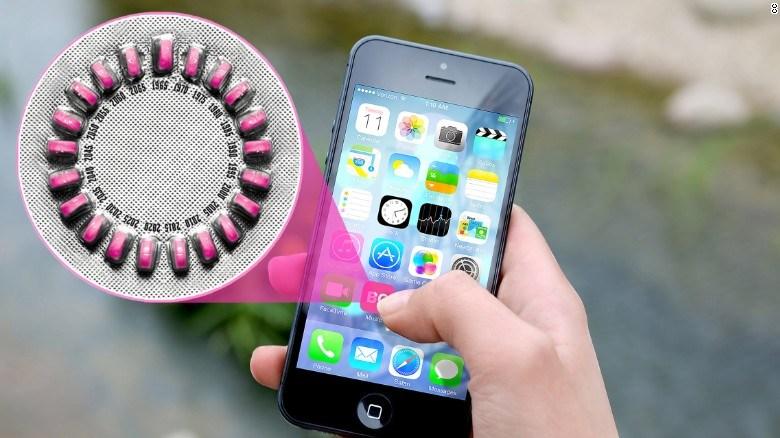 (CNN MONEY) Birth control is a pain to get. Skipping it can have life-altering consequences. Unfortunately for busy women in a pinch, the United States requires a prescription for birth control, unlike the majority of countries in the world.

A new app called Nurx wants to make it dead simple to get hormonal birth control on-demand. The San Francisco startup wants to do for the pill what Instacart did for groceries and Uber did for cabs.

You don't need a previous prescription to use the app. There is no physical examination and no time consuming trip to a doctor's office. All that's required is an online questionnaire. The information is sent to a partner doctor who writes a prescription, then Nurx fills and mails it. Your pills, patch or ring arrive within a day or two, and refills can be scheduled automatically.

The service, including shipping, is completely free to patients who have health insurance.

"We wanted to pare it down to the simplest form, to make it a one-step process, and still make it legal," said Hans Gangeskar, who cofounded Nurx with Edvard Engesæth. Ganeskar is an attorney and computer engineer, while Engesæth is a medical doctor licensed in their home country of Norway.

Launched in November, Nurx isn't sharing customer numbers but said it had 70 new sign-ups in a single day last week.

Interacting with doctors over technology isn't new, but getting a prescription without a phone or video call is unusual. To start, Nurx is smartly focusing on birth control, a low-risk reoccurring drug prescribed primarily to healthy people.

The American Congress of Obstetricians and Gynecologists says it supports all increased access to birth control. It advocates for over-the-counter birth control, similar to what California and Oregon will allow later this year.

Nurx's web-app asks many of the same questions a doctor does during an in-person visit for birth control: queries about weight, age, smoking, existing medical conditions and other medications.

The data is stored in a HIPAA-compliant system and forwarded to one of three doctors who review it, typically later that day.

The process is not completely impersonal. There's a box to type questions or comments for the doctor, who can follow up via a secure message or phone call.

Not everyone supports using technology in this way. The American Medical Association says a "valid" relationship needs to be established between the doctor and patient first, ideally in person or on a phone or video call. The concern is that a text-only interaction isn't sufficient for gathering information about a patient or monitoring them later.

Things could get trickier with Nurx's plans to offer HIV prevention medication in the future. The company is working with a number of organizations to offer controversial pre-exposure prophylaxis, or PrEP. Nurx will need to add in an additional blood test step to make sure patients are HIV negative.

PrEP is not a drug most primary care physicians are going to prescribe easily, if at all. The CDC says 1.2 million people are candidates for PrEP, but only 20,000 are currently on it. Gangeskar thinks Nurx has the ability to close that gap.

Nurx is currently only available in California, but the company will expand to New York and other states where laws allow soon. Starting later this week, Nurx will use to Postmates offer same-day delivery of birth control, including Plan B, in San Francisco and Palo Alto.