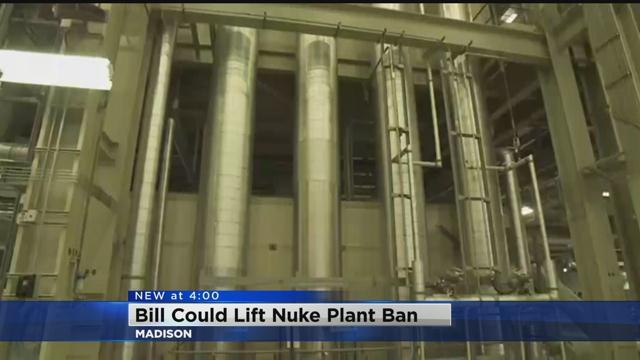 As states all over the country work to come up with a plan to comply with a federal carbon emission reduction.

Wisconsin legislators want to consider nuclear power as part of the mix.

Today they passed a bill to help make that possible.

If it continues on and becomes law it would lift a statewide ban on any new nuclear power plants.

There are no plans in the works to build a new plant according to the bill's author.

In fact, a new nuclear power plant has not been built in Wisconsin in more than four decades.

There is still one plant left that one is Manitowoc County.

This bill would change language on how nuclear waste is stored in order to allow for new plants.

The bill's author also cited President Obama's carbon emission reduction plan and its potential cost to Wisconsin taxpayers as a reason to bring nuclear power back into the discussion.

Opponents argued wind, solar and water power options should be a bigger focus.

The bill now needs to pass through the state senate before it heads to Governor Scott Walker's desk.