Bill could allow samples of hard liquor at grocery stores 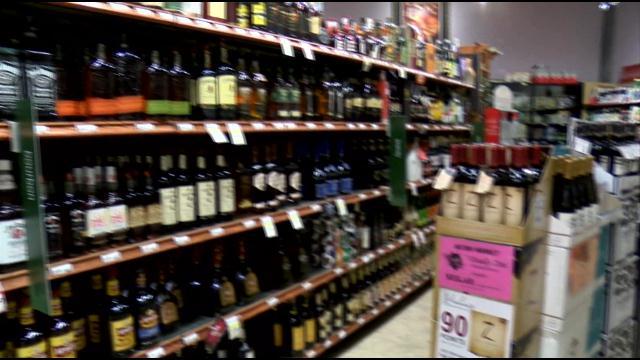 The options for Bourbon-- seem endless at the Metro Mart in Downtown Milwaukee, but if Senate Bill 16 passes, pretty soon you might be able to try before you buy.

\"I never thought about them doing something like that in the grocery store,\" said Mary Jane Munier, a shopper at Metro Mart.

The bill will allow establishments, like grocery stores, with \"Class-A\" liquor license to offer half-ounce samples of hard liquor to customers over 21.

\"I think it would be okay, as long as it's only half a shot,\" said Chris Erickson, another shopper.

The samples are limited to one per customer.

\"It is literally, a teaspoon worth of alcohol that's allowed per visit,\" said Rep. Jonathan Brostoff (D- Milwaukee)

\"This is a great opportunity for our local distilleries and our craft distilleries,\" said Rep. Brostoff.

He says it's bi-partisan effort to give local distilleries a chance to grow their business, but some shoppers are worried about the consequences of free \"mini-shots.\"

\"We're dealing with issues in Wisconsin with drunk driving, and we're having people coming into stores drinking and leaving right after, presumably driving,\" said Joshua Russell.

Despite concern, some shoppers admit if the bill passes, they'll use the opportunity to try something new.

\"I know quite often I may buy something thinking I might like it, and you get it home and you think, oh this wasn't so great,\" said Munier.

The bill passed unanimously in committee, and will go on to the state assembly.