Bike to work challenge in Milwaukee 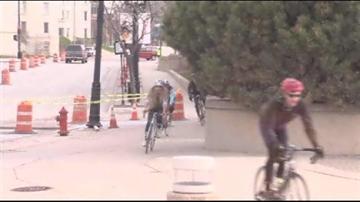 Both started at the Colectivo in Shorewood Wednesday morning.

The object was to see who would reach the east end of Wisconsin Avenue first.

While a friendly competition, each person had their own idea about the better form of transportation.

\"Different people do it for different reasons,\" explained Fowler. \"I do it because it's simple and it gives me an opportunity at least twice a day to be outside and get some exercise.\"

Ward's team of cyclists came in first by a few seconds.