Big Cool Down Coming after Two Days in the 90s 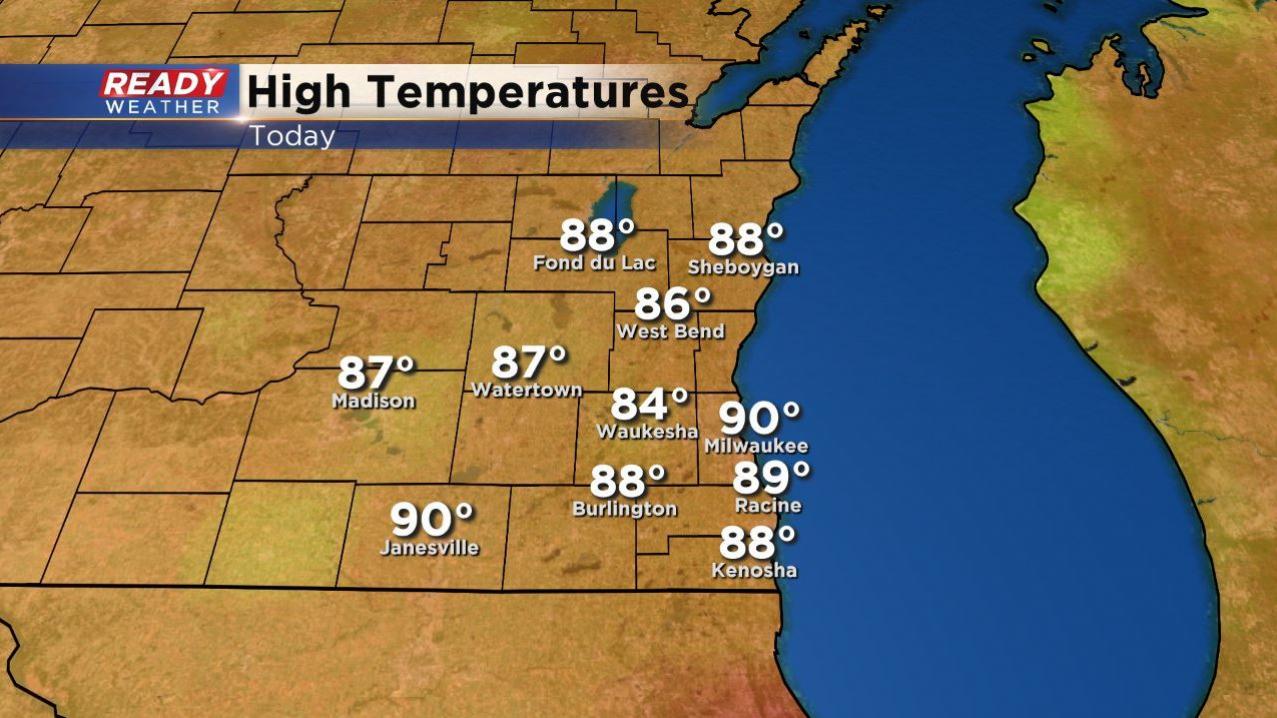 The past two days have been HOT! Friday the high temperature in Milwaukee hit 91° and on Saturday the mercury hit 90° only five degrees away from the record. Some only reached the upper 80s, but with dew points right around 70° it felt very humid outside and the feels like temperature was more like the middle 90s most of the day. 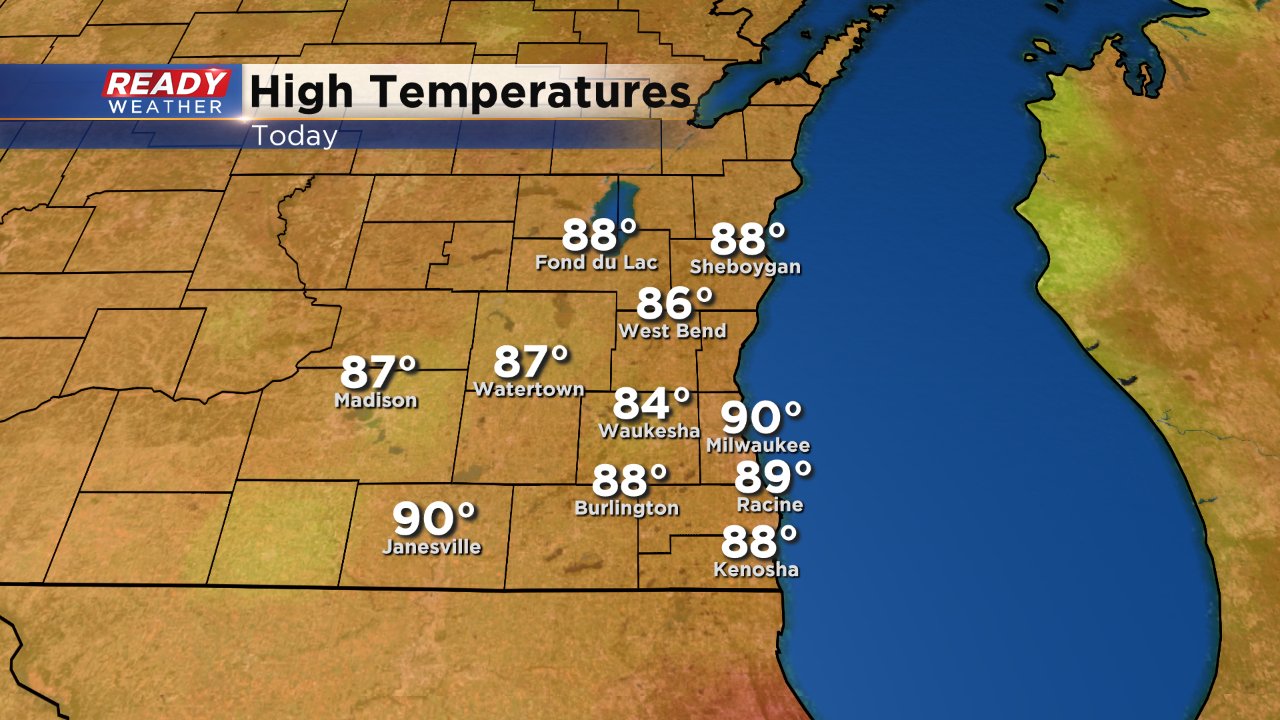 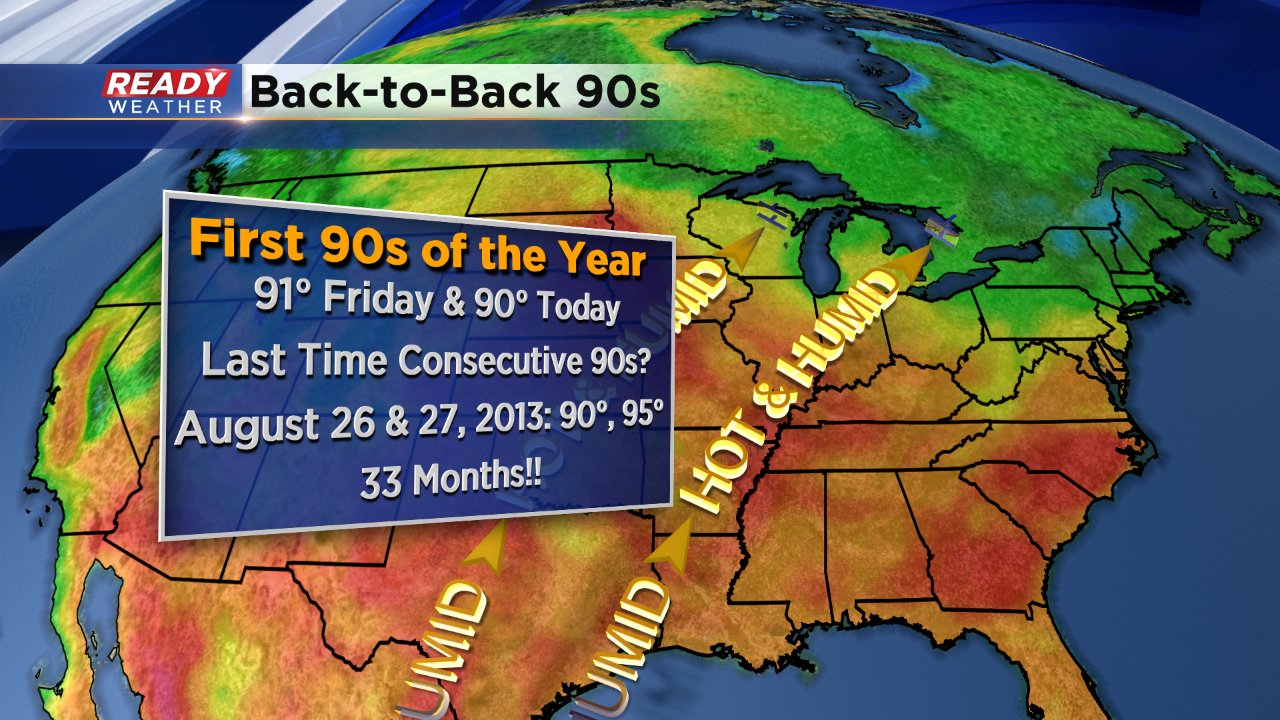 Hopefully you got your fill of the heat, and if you don't like hot air then you are in luck because the temps will come crashing down on Sunday.

A cold front sweeps through Wisconsin Saturday night cooling temperatures down about 20-25 degrees on Sunday. A northeast lake breeze returns meaning temps will struggle to get out of the middle 60s lakeside and even inland areas will only see highs about 70°. 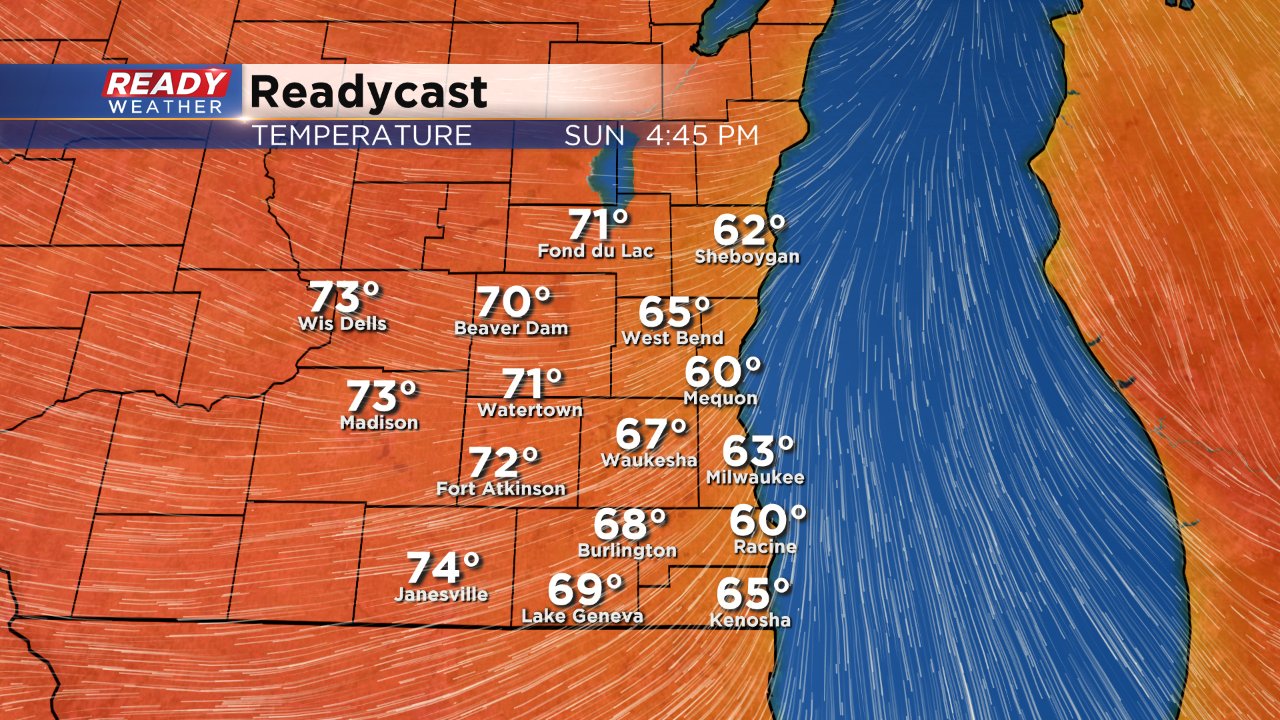 The cooler weather is short lived though as temperatures return to the 70s for most of the upcoming week.

NOTE: The updated climate report from the NWS states that Milwaukee reached 91° Saturday.