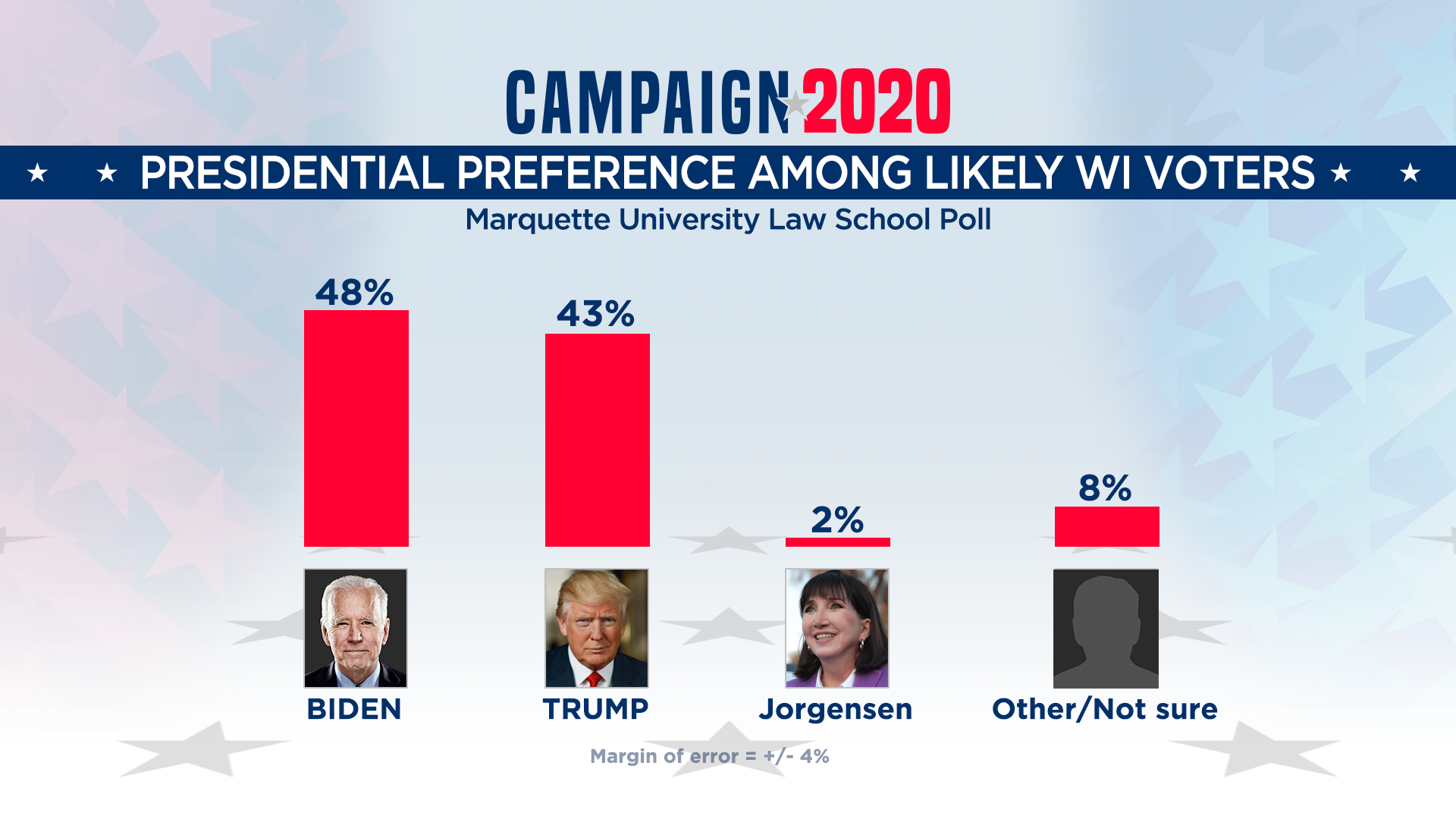 Two percent of those polled prefer Libertarian Jo Jorgensen, while 8 percent said they were undecided or did not give a choice.

Since May, the Marquette poll has shown Biden with a consistent four to six-point lead over Trump. Poll Director Charles Franklin pointed to strong opinions on the president among voters as an important theme from this year’s polling.

“I would say the main takeaway remains how stable the electorate has been,” Franklin told reporters. “President Trump has very strong supporters and very strong opponents and those two groups make up 80 percent or more of the electorate and that is a firm anchor as we head into the election.” 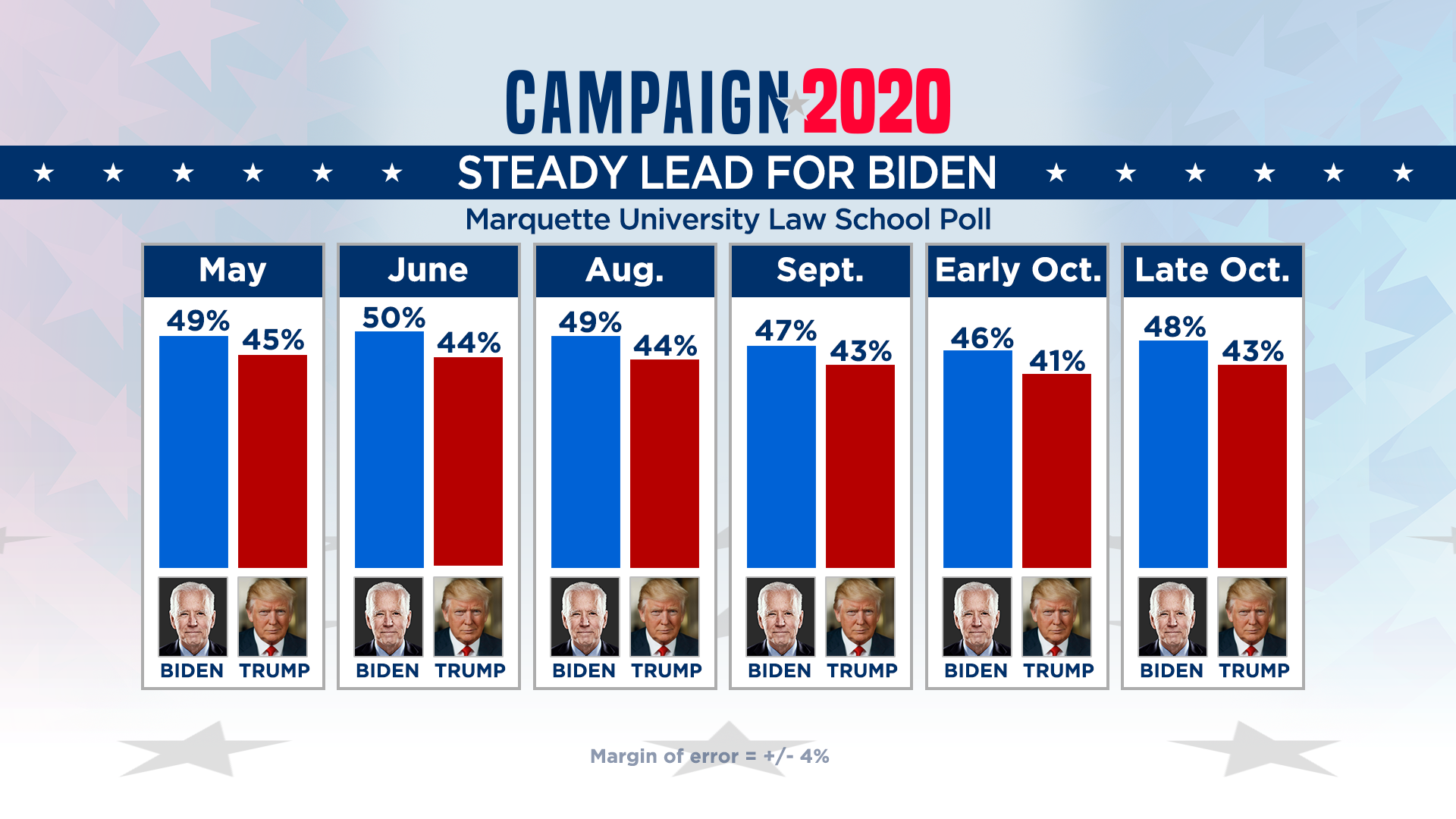 In 2016, Trump successfully overcame a six-point deficit in the final Marquette poll to defeat Hillary Clinton in Wisconsin, winning the state by fewer than 23,000 votes. Franklin noted polls then and now that polls are not perfect.

“If 2016 taught us anything it’s that polls are not infallible including certainly not mine,” Franklin said.

But Franklin and other pollsters have adjusted their methods to weigh certain groups like white, non-college educated male voters more accurately. There’s also no Green Party candidate on Wisconsin’s ballot this election which may lessen the influence of minor party candidates.

“The size of that pool of third-party voters is clearly less than it was with green plus libertarian last time so I expect it’s a smaller ultimate vote for that candidate,” Franklin said.

With every final Marquette poll, Franklin always leaves voters with one last message: polls don’t vote. People do.
“Polls do not determine election outcomes,” Franklin said. “This is in the hands of voters and that’s exactly where it belongs.”