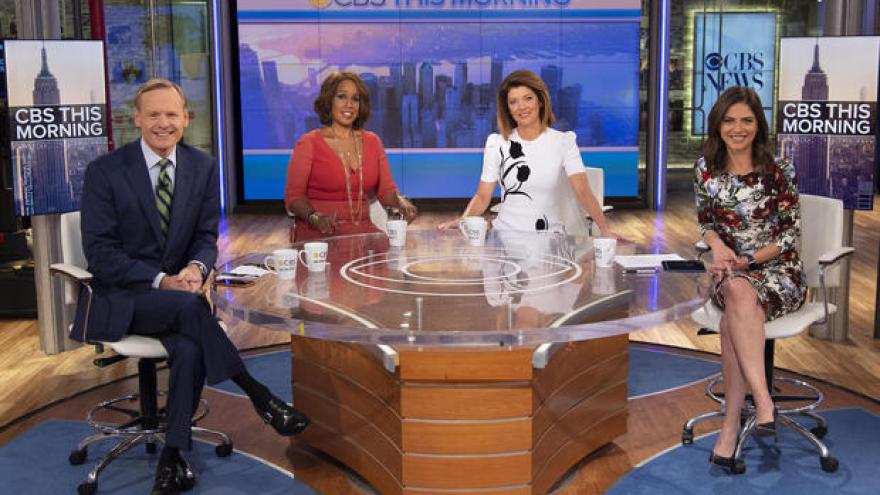 (CBS News) -- CBS News correspondent Bianna Golodryga is joining "CBS This Morning" as a co-host with Gayle King, Norah O'Donnell and John Dickerson. Golodryga, who has been a reporter and fill-in co-host for the broadcast since 2017, begins Wednesday and will be based in New York.

Golodryga began reporting for CBS News in August 2017. On her debut at the network, she reported live from her hometown of Houston during the aftermath of Hurricane Harvey. Subsequently, she anchored CBS News coverage of major breaking news including the Las Vegas concert shooting and the funeral of first lady Barbara Bush.

"CBS has the best morning news team in the business," Golodryga said. "It's an honor to be joining Gayle, Norah and John and everyone at CTM as we continue to do what CBS News does best – reporting on issues that matter to our viewers, along with enterprising, smart and objective storytelling."

"In the last year Bianna has become a tremendous asset to all of us at CTM," said Ryan Kadro, executive producer of "CBS This Morning." "She is a superb broadcaster and journalist, and we look forward to having her at the table, or reporting in the field, every day."

"Viewers know us as the real news destination in the morning – which is why Bianna is the perfect addition to our team," CBS News president David Rhodes said. "We are so fortunate to have her curiosity and global perspective on every broadcast of 'CBS This Morning.'"

Golodryga is also a contributor to various CNN programs.

Before joining CBS News, Golodryga's career spanned CNBC, ABC News and Yahoo News. From 2007 to 2014, Golodryga was at ABC News as the weekend co-anchor for ABC's "Good Morning America" and as the network's business correspondent. During her time at ABC News, Golodryga interviewed high-profile newsmakers including President Bill Clinton, former Secretary of State Condoleezza Rice and investor Warren Buffett.

In 2014 Golodryga joined Yahoo News as the news and finance anchor responsible for leading coverage of major financial and news stories. Golodryga began her career in television as a bureau producer at CNBC in 2001.

Golodryga earned a bachelor's degree in Russian, Eastern European and Eurasian studies with a minor in economics from the University of Texas at Austin.