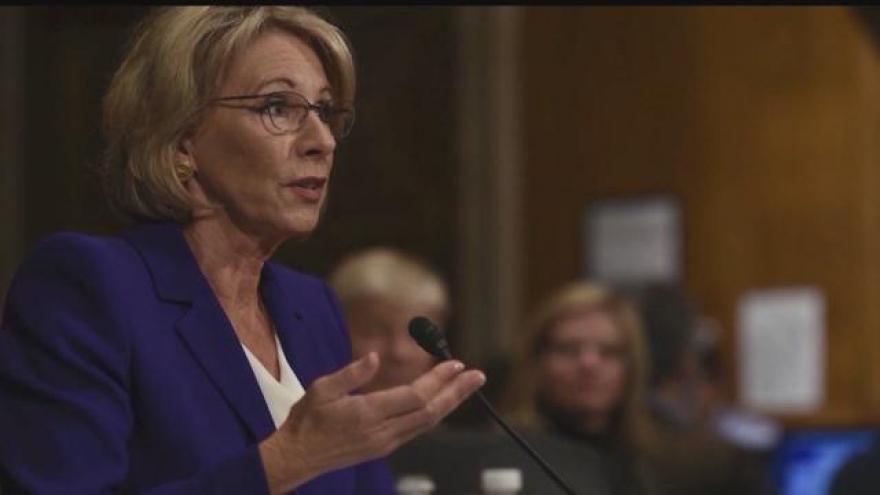 (CNN) Secretary of Education Betsy DeVos is receiving protection from the United States Marshals Service, a spokeswoman for the group told CNN Saturday.

The protection, which started Monday, comes after DeVos' contentious confirmation fight and an encounter with protestors at Jefferson Middle School Academy in southwest Washington earlier this month. One protester blocked the school door DeVos was planning to use and another was arrested and charged with assaulting an officer.

It is uncommon for the Marshals Service to protect a Cabinet member, who receive security protection through their individual agencies.

The is the first time the agency has protected a Cabinet-level position since it safeguarded the director of the Office of National Drug Control Policy, Marshals Service spokeswoman Lynzey Donahue said Saturday. That position stopped being Cabinet level in 2009.

Donahue would not say whether the protection is a direct response to the protests at Jefferson Middle School Academy.