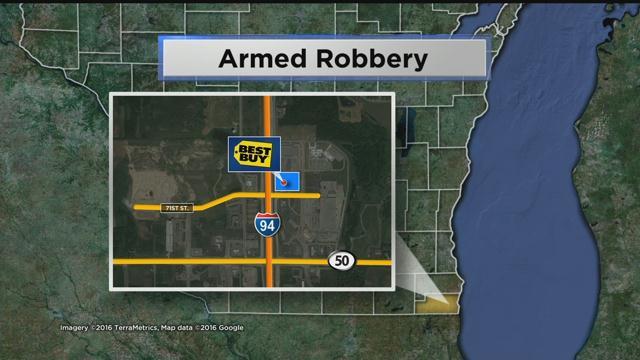 The Kenosha Police are searching for several suspects in a reported armed robbery at a Best Buy store on 71st Street near I-94, but no one is in custody.

The robbery occurred around 7 PM Tuesday, when multiple individuals entered the store.

There were reports that the suspects were armed or implied they were armed.

Other details of the robbery have not been released and what was taken is not available at this time.

The robbery is currently under active investigation by the Kenosha Police Department.