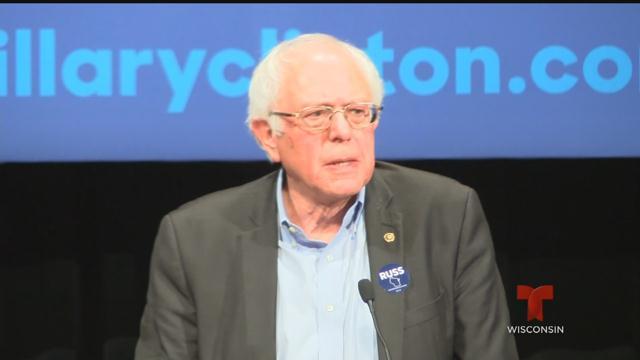 The former presidential candidate, who won the Democratic Primary in Wisconsin, spoke at Turner Hall to a packed house. Sanders urged his supporters to vote for Hillary Clinton saying his polices that helped him win the state, will be part of her agenda.

“What your victory allowed us to do and victories in 21 other states, is to put together the most progressive democratic platform in the history of the United States of America,” Sanders told the crowd.

Sanders also slammed Donald trump for his comments about women, Latinos and Muslims.

“We have traveled too far as a nation to end discrimination, we are not voting for a president who wants to bring it back,” Sanders said.

Sanders also spent much of the night talking up Russ Feingold, who’s locked in a neck-in-neck race with Senator Ron Johnson (R-Wisconsin).

“If you want someone to stand up to those billionaires, then you vote for Russ,” Sanders said.

Feingold, who took the stage before Sanders, tied himself closely to the Vermont Senator, pledging to work together.

“If you elect me on Tuesday I’ll work with Bernie Sanders to make a living wage, $15 minimum wage,” Feingold said.