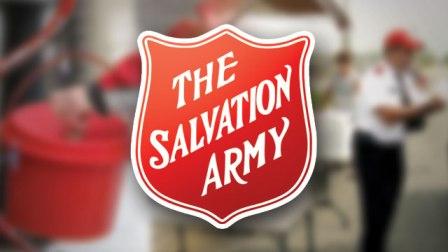 The familiar sound of the holiday season will ring out in Southeast Wisconsin beginning today. The Salvation Army of Milwaukee County will launch their annual Red Kettle Christmas Campaign at the Milwaukee Public Market Friday morning starting at 7:00 am. Over the weekend bell ringers will appear at storefronts across the region with bright red donation buckets. They will remain there through Christmas.

Hoping to add to their annual collection, The Salvation Army of Milwaukee County is adding digital options for donors this year. Now residents with mobile phones can donate $10 by texting \"sarmy\" to 71777.

The Salvation Army is a Christian charitable organization that provides aid to the poor and the homeless. In 2014, the Salvation Army of Milwaukee County hopes to raise $3.8 million through their Red Kettle Christmas Campaign. The money will fund the charity's programs through 2015.

\"The economy continues to make it difficult for many families and we've seen firsthand a significant increase in the number of new people coming to us for help,\" said Major Dan Jennings, Salvation Army Divisional Commander for Wisconsin & Upper Michigan according to a release.

Last year, on Christmas Day the Salvation Army of Milwaukee County announced they fell short of their fundraising goal by about $80,000, but some of that shortfall was made up in the final days of the campaign.