Before Last Play, Packers had 0.001% Chance of Winning Thursday Game 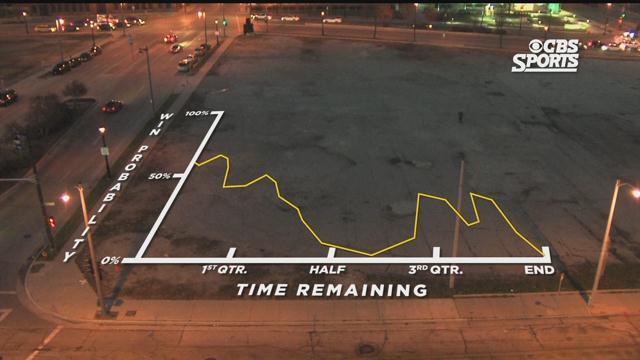 It’s being called ‘the miracle in Motown’, an improbable Hail Mary with 0 seconds left on the clock.

With no time left on the clock, the odds of the Packers winning the game were not good. But just how bad were they?

With one un-timed play to go, the Packers had less than a 0.001% chance of winning the game.

CBS 58’s Evan Kruegel breaks down the game, to show us where the win probability sat throughout the game.