Before His Coma He Spoke English; After Waking up He's Fluent in Spanish 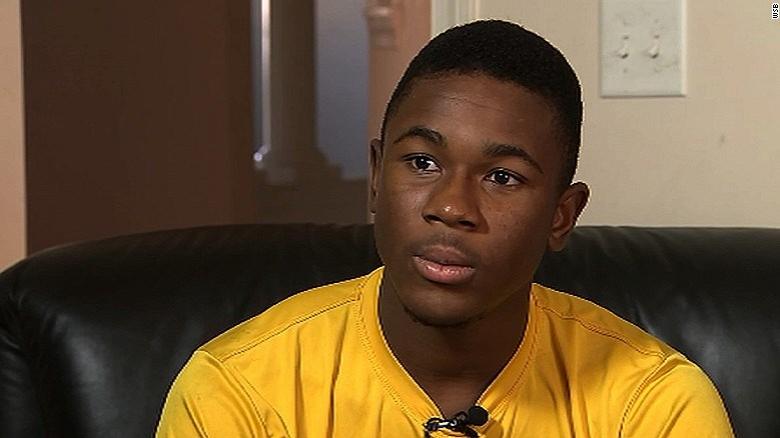 (CNN) -- Life's been full of uncertainties for Reuben Nsemoh lately.

Ever since he suffered a concussion in a soccer game, the suburban Atlanta teen's worried about why it's so hard for him to concentrate. He's fretted over whether he'll ever get to play his favorite sport.

But the biggest stumper of all: how is it that he's suddenly speaking fluent Spanish?

Nsemoh, a 16-year-old high school sophomore, ended up in the coma last month after another player kicked him in the head during a game.

When he woke up, he did something he'd never done before: speak Spanish like a native.

His parents said he could already speak some Spanish, but he was never fluent in it until his concussion.

Slowly, his English is coming back, and he's starting to lose his Spanish fluency.

Foreign accent syndrome is an extremely rare condition in which brain injuries change a person's speech patterns, giving them a different accent. The first known case was reported in 1941, when a Norwegian woman suffered shrapnel injuries to the brain during a German bombing run -- and started speaking with a German accent.

Since then there have been a few dozen reported cases.

Three years ago, police found a Navy vet unconscious in a Southern California motel. When he woke up, he had no memory of his previous life, and spoke only Swedish.

In Australia, a former bus driver got in a serious car crash that left her with a broken back and jaw. When she woke up, she was left with something completely unexpected: a French accent.

And earlier this year, a Texas woman who had surgery on her jaw, has sported a British accentever since.

"It's an impairment of motor control," Dr. Karen Croot, one of the few experts in foreign accent syndrome, told CNN a few years ago. "Speech is one of the most complicated things we do, and there are a lot of brain centers involved in coordinating a lot of moving parts. If one or more of them are damaged, that can affect the timing, melody and tension of their speech."