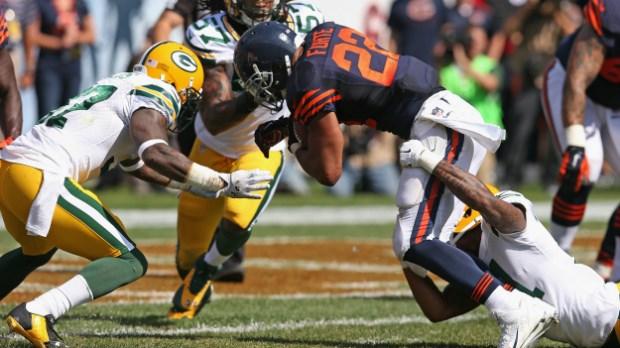 The top NFL jersey seller in the state of Wisconsin...plays for the Chicago Bears.

Running back Matt Forte claims the top spot. That's according to a report released by Dick's Sporting Goods, who analyzed in-store and online jersey sales between April 30 and September 3 of this year. Rodgers was the top seller in the state during the 2014 regular season.

\"There must be a lot of Bears fans in Wisconsin,\" Forte said to reporters on Friday. \"Either that or they're buying it to burn it or something.\"

The Packers visit the Bears in the regular season opener in Chicago on Sunday.