Battle of the Branches: War Memorial display features trees decorated by each US military branch 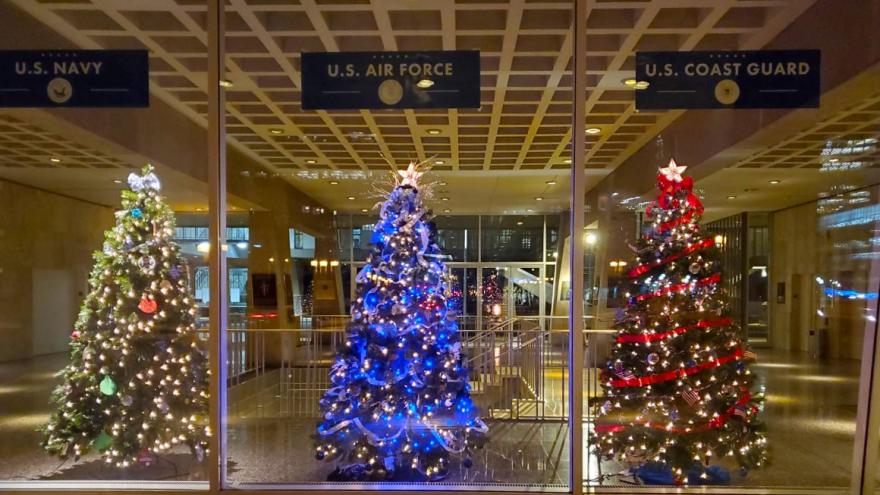 MILWAUKEE (CBS 58) -- MKE Downtown has named a display in the War Memorial Center as one of the top three holiday window displays in downtown Milwaukee.

Each tree in Veterans Gallery at the War Memorial Center represents one of five U.S. military branches (Army, Navy, Air Force, Marines and Coast Guard) and was decorated by military personnel and veterans from that branch.

According to the War Memorial, the public is invited to pick the winner via online voting through Sunday, Dec. 13. A winner is set to be announced on Monday.

The winning team will get VIP tickets to next year's Oktoberfest at the War Memorial Center.

The public is also invited to see the trees in person (socially distanced) or check out the tree lighting video below for an online experience.