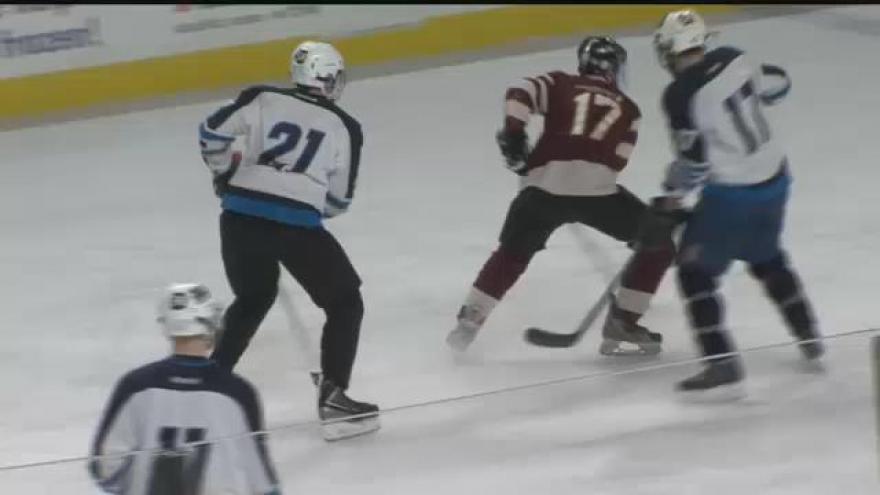 They work together in emergencies, but local police and firefighters battled it out on the ice recently for the \"Battle of the Badges.\"

They got bragging rights and raised money for Easter Seals.

In particular, services for families with loved ones on the Autism spectrum.

\"It's a very nice thing they're doing for charity,\" said Joe Sielski of Kenosha. He was there with his children and grandchildren to cheer on his firefighter son. \"Everybody's volunteering and the Admirals helped out.\"

The Admirals offered special ticket deals for the event. Families who came for the \"Battle of the Badges\" could then stay for the Admirals game.

Fans who purchased Admiral tickets were invited to come early for the fire/police game, using their game tickets for admission.

Jack Zalewski among the many kids in the crowd, cheering on police. After all his father is an officer.

Is there one thing he'd like the public to know about police?

\"They're always trying to protect people,\" he said.

Also in the crowd were members of Easter Seals and the Kohls Care program.

\"Cops and Firefighters are the most generous people on earth so it's a natural\"' Easter Seals Board Chairman Roger Schaus told CBS 58 News. \"And it helps us support our autism services in Southeast Wisconsin.\"

By the way, police won the first game and fire won the second.

But those who attended said what was important was that families were going to get much needed help throughout the area.