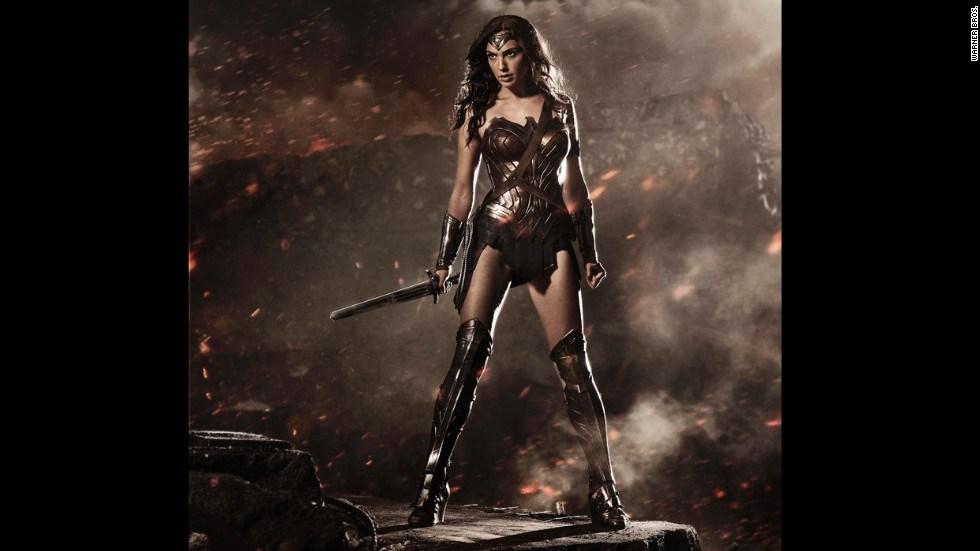 So spoke Jesse Eisenberg, in the role of Lex Luthor in the brand new trailer for \"Batman v. Superman: Dawn of Justice.\"

The new footage was unleashed at San Diego Comic-Con when the cast gathered at a panel for the mega-superhero movie, due in theaters March 25, 2016.

Not only did we see Eisenberg's Lex Luthor, we also saw Gal Gadot in action for the first time as Wonder Woman.

This movie will be the first big screen appearance of the Amazon Princess, who will be celebrating her 75th birthday in comics when the film premieres.

There was more news in the world of DC Comics movies at the Warner Bros. Pictures panel (DC and Warner Bros. are both Time Warner properties like CNN).

The cast of next year's \"Suicide Squad,\" including Will Smith and Margot Robbie also appeared, and showed footage to the crowd (Jared Leto's Joker was seen for the first time, though Leto did not appear onstage).