Bartenders in Waukesha have to stay sober at work 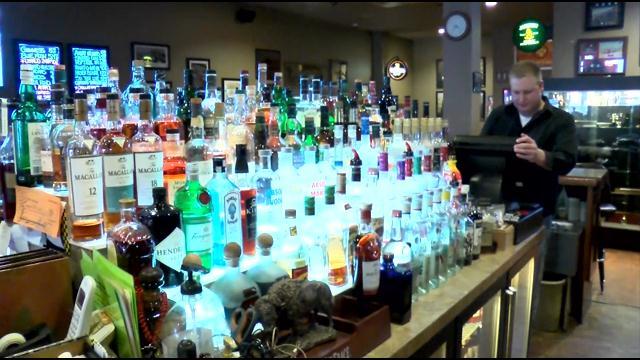 Waukesha bartender Jim Cowee is hard at work on a Tuesday night, and knows he has to follow a new rule when serving his customers.

\"I really don't have a problem with it whatsoever”, said Jim Cowee.

The Waukesha Common Council passed a new ordinance making it illegal for a bartender's blood alcohol level to be above point-zero-eight.

Alderman Eric Payne voted against it.

\"I don't think government needs to be sticking their head over someone's shoulder like that”, said Alderman Payne.

But Alderman Aaron Perry had this to say.

\"Or use Twitter and Facebook to get a lot of feedback from people on issues”, said Alderman Perry. “There was no issue that was talked about more or that it more from a committee standpoint then this one.\"

\"Over serving is the main thing. Granted there are not any stats at this point to support that”, said Alderman Perry. “In my case I and act common sense.\"

\"It's kind of ridiculous to enforce”, said Alderman Payne. “I mean there are not going to go from bar to bar to do checks, but they could if they wanted to.\"

\"What they're asking us to do is selfless ourselves. I get that”, said Cowee. “I want hundred percent agree every bar should be safe.\"

Alderman Perry says local bars caught in violation could face fines up to $500, and could be forced to temporarily shut down.