Barrett and Donovan Cast Their Votes in Mayoral Election 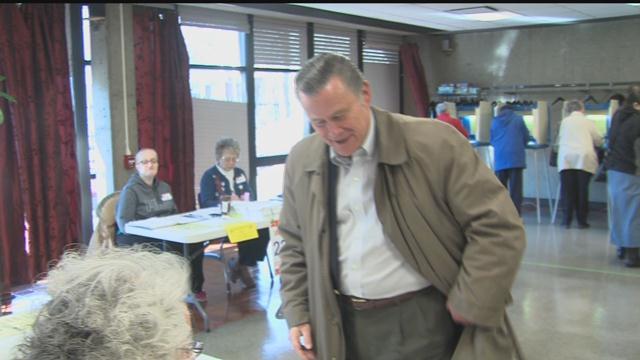 Now to some of the local elections happening in Milwaukee County, Mayor Tom Barrett cast his vote at Neeskara Elementary School this morning.

He's hoping to stay in office for a fourth term.

The mayor said he knew this was going to be an important local election because of what is going on nationally.

Mayor Barrett also said today he'd heard complaints from the elderly and others about the new voter ID requirements...saying he believes it will have an effect on voter turnout.

"I think I voted right and I nullified the mayor's vote so we're doing quite well."

Alderman Bob Donovan is hoping to unseat the mayor also casting his vote today at oasis senior center. Donovan said he was feeling optimistic and plans to spend half the day in church and the other half at his watch party.

He'll be at Mckiernan's for his watch party later this evening.

Mayor Barrett will hold his own party at the La Perla in Milwaukee.