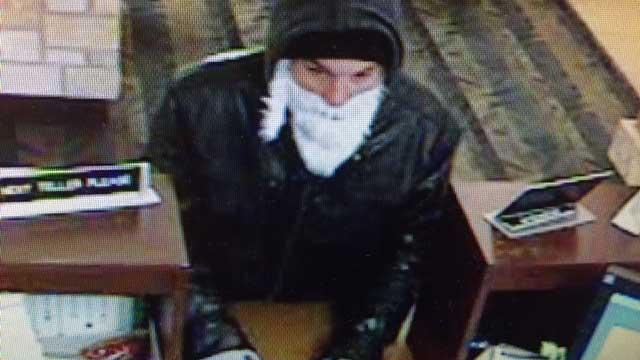 Bank of Lake Mills, at 400 Bernard Street in Watertown was robbed on November 27 around 5:00 PM, according to a post on Watertown Police Department’s Facebook Page.

The suspect in this incident entered the Bank, approached the counter, and gave the teller a note. The suspect demanded and obtained an undisclosed amount of cash before fleeing the scene.

No weapon was displayed during the robbery.

Watertown Police Officers arrived on scene within minutes of the call and searched the area for the suspect.

Officers obtained a description of the suspect from video surveillance and from witness statements. Physical evidence was recovered at the scene, as well as video evidence.

The Watertown Police Department is actively following up on this case, and is seeking help in identifying and locating the suspect. Photos of the suspect are attached to this press release.

Anyone with information on this or other crimes is encouraged to contact the Watertown Police Department at (920) 261-6660 and may remain anonymous.

Citizens are also encouraged to make use of Tip411. Text your tip to TIP 411 (847411), enter WTTN as the first word of your text message, and then begin typing your message to start a two-way conversation between a representative of the police department and yourself, completely anonymously. Go to www.watertownpolice.com and click on “tip411” at the bottom of the page to learn more.