Baltimore Orioles game against White Sox to be closed to public 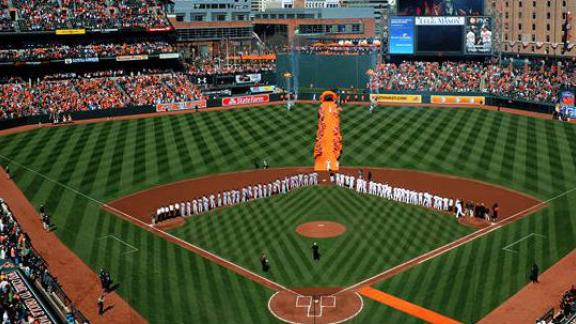 The Baltimore Orioles - Chicago White Sox game on Wednesday has been rescheduled to 2:05pm ET and it will be closed to the public, according to MLB.com.

Monday's and Tuesday's games against the White Sox were postponed due to safety concerns in the downtown Baltimore area.

The two games will be made up as part of a single-admission doubleheader at Oriole Park on Thursday, May 28, starting at 4:05 p.m.

The Orioles will be the home team in the games played on Friday, Saturday, Sunday at Tropicana Field in St. Petersburg, Flor.

Wednesday's game will be available on MLB.TV and will be televised locally by the teams' respective regional sports networks.

\"After conversations with the Orioles and local officials, we believe that these decisions are in the best interests of fan safety and the deployment of city resources,\" Commissioner Rob Manfred said to MLB.com. \"Our thoughts are with all those who have been affected by violence in Baltimore, and everyone in our game hopes for peace and the safety of a great American city.\"