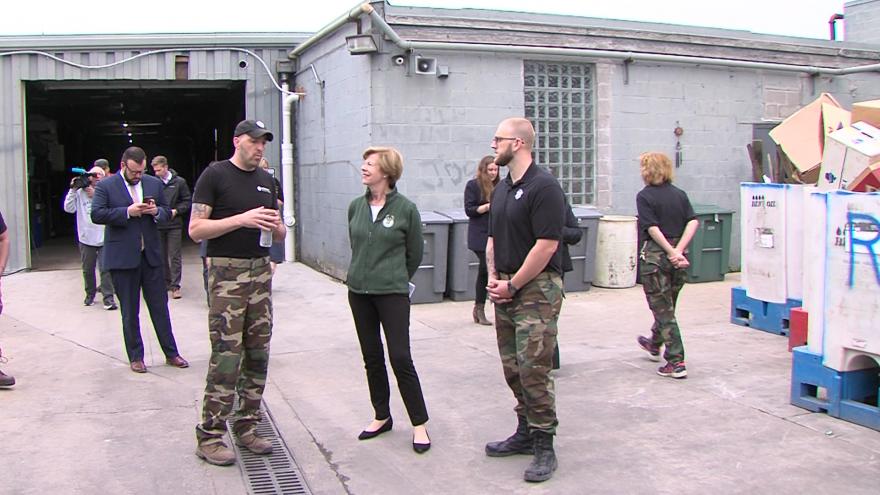 "We still persistently have had issues where veterans who have served our nation, worn the uniform, gone into harm's way, and there's a gap, and the transition is not what it needs to be," Sen. Tammy Baldwin (D) Wisconsin said.

The Boosing Rates of American Veterans Employment or BRAVE Act would support job creation for veterans. It's a bipartisan bill that would let the VA give preference to businesses that employ a high percentage of veterans when awarding government contracts. Baldwin announced the legislation while visiting Green Up Solutions in Butler on Friday, which is run by a member of the Army Reserves.

"Any time that we can reach across the aisle and come together is good for vets. I don't know that being supportive of veterans should be a partisan thing ever," said Andy Wiens, President and Co-Found of Green Up Solutions.