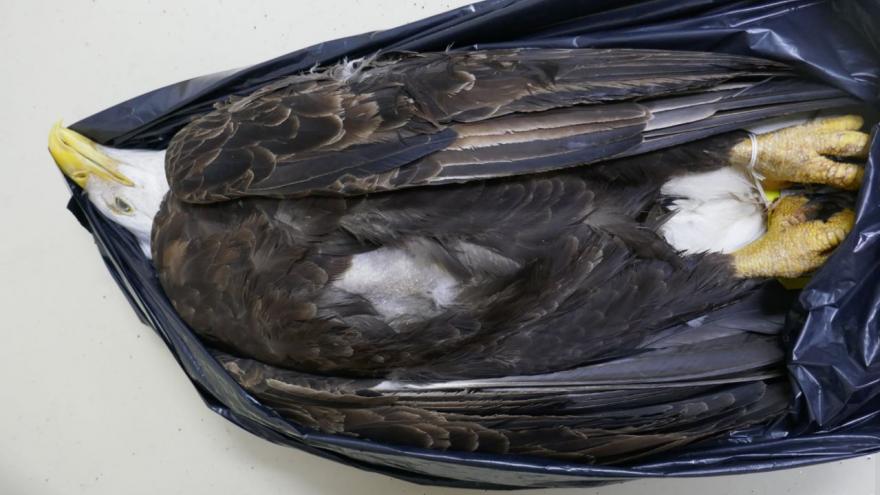 RHINELANDER, Wis. (CBS 58) -- A male bald eagle died after wildlife officials believe it was exposed to a toxin or poison used to control rodents. Wild Instincts, a wildlife rehabilitation center in Rhinelander, Wisconsin, says the poisons are concerning not only for wildlife, but pets as well.

Wild Instincts admitted two eagles within a couple hours of each other Saturday, April 24, and one passed away as they started an exam -- according to a post on Facebook.

The rehab center says lead was found in both their systems but the levels were low enough to not be the primary problem. Instead, wildlife officials believe the eagles were exposed to a poison or toxin people use to control mice or rodents in their garage, or chipmunks in their garden.

"Rodenticides are not selective. They kill more than just that mouse. AND the poisons themselves have changed.

Many of the second-generation rodenticides are extremely fast-acting and have a narrow margin of safety. Not only is that a concern for wildlife, but for pets as well. Cholecalciferol, for instance, is one that has no specific antidote!"