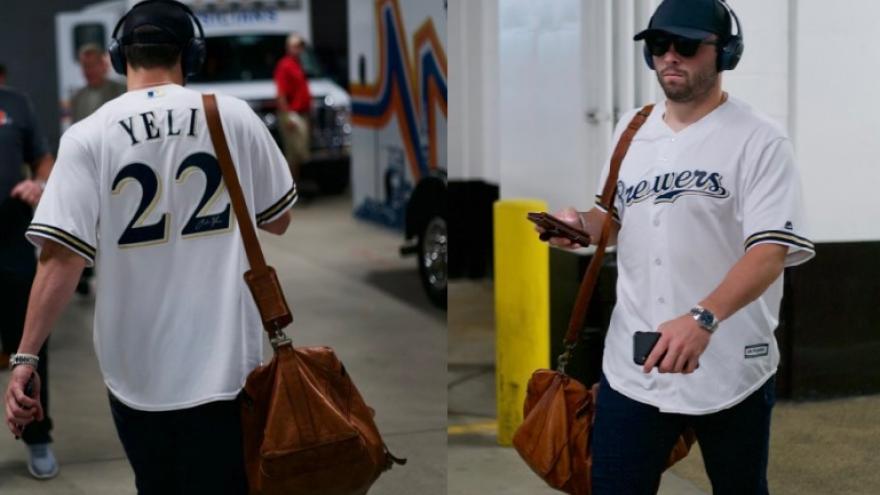 CLEVELAND (CBS 58) -- Baker Mayfield of the Cleveland Browns did the seemingly impossible Thursday night leading the Browns to their first victory in 635 days. Mayfield joined the game down 14 points just before the second quarter after the Browns' starting quaterback Tyrod Taylor went out with a concussion. Mayfield went 17 of 23 for 201 yards including a game-winning drive for the 21-17 win.

Despite Mayfield's heroics, in Wisconsin, all attention was on the praise Mayfield gave to Brewers All-Star and Mayfield's off-season workout partner Christian Yelich.

As he left the podium following the win, Mayfield said, "And Christian Yelich for NL MVP."

Mayfield also wore a Christian Yelich jersey on his way into the stadium for Thursday night's game.