Badgers to celebrate 'Barry Alvarez Day' at game vs. Wolverines 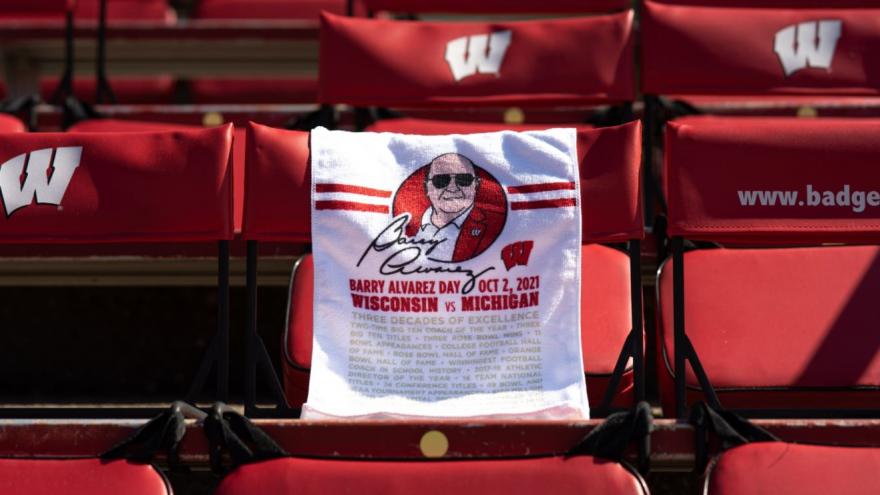 MADISON, Wis. (CBS 58/AP) -- Saturday, Oct. 2, the Wisconsin Badgers will honor Barry Alvarez during their game against the Michigan Wolverines.

A tweet from the team says, special things are planned for "Barry Alvarez Day" at Camp Randall Stadium.

This Saturday is "Barry Alvarez Day" at Camp Randall Stadium!

Along with our friends at @BMOHarrisBank, we've got some special things planned to celebrate and thank Coach for everything he's done!

Alvarez retired this past year. He coached the football team from 1990-2005 winning three Big Ten Titles and three Rose Bowls. He also served as the interim in 2012 and 2014 and has the most wins in program history with a record of 119-74-4.

"They better get season tickets right now, because before long they probably won't be able to"

Wisconsin fans know the line well
But, how about the story behind it?

Meantime, Michigan is seeking to win at Camp Randall Stadium for the first time since a 20-17 triumph in 2001 when the 14th-ranked Wolverines visit Wisconsin. Michigan has lost in each of its last five trips to Madison.

Wisconsin is allowing just 23 yards rushing per game and 1.01 yards per carry.

Wisconsin has lost each of its last seven matchups with ranked foes. The Badgers have played outstanding defense but own the nation's worst turnover margin.