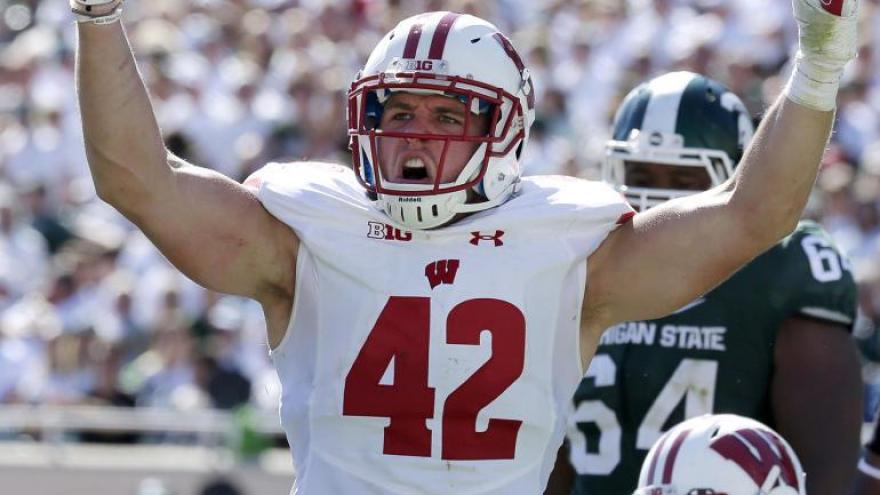 Wisconsin Badger and Pewaukee native TJ Watt was chosen by the Pittsburgh Steelers in the 1st round, the 30th pick of the NFL Draft.

The third Watt brother decided it was time to join his older siblings in the NFL after an excellent junior season. Following in the footsteps of J.J. (a three-time NFL Defensive Player of the Year) and Derek (sixth-round pick as a fullback by San Diego) won't be easy. In fact, it wasn't easy for Watt to get on the field his first couple of seasons with the Badgers, redshirting as a tight end in 2013 and losing the following season with a right knee injury. Watt then tore up his left knee during spring practice in 2015, having surgery but returning to play as a reserve linebacker in all 13 games (eight tackles, 1.5 for loss). Finally healthy in 2016, he won a starting job and excelled, garnering second-team Associated Press All-American and first-team All-Big Ten honors with 63 tackles, 15.5 for loss, and 11.5 sacks.

According to NFL.com here are some of Watt's strengths:

Produced at high-end level with just one season of full-time football. Has desired length for the edge with room to accommodate more size. Attacks blockers with early arm extension and utilizes push-pull technique to upset their balance as his pet move against run and pass. Outstanding hand play in his game. Disruptive as first man in on twists. Always ready to leap into passing lane and deflect the throw. Strikes fast and early to create leverage points. Rarely has helmet involved in play and is constantly searching for the ball. Understands art of quick disengagements and can flatten out against outside run. Has good agility to clear trash near his feet and pursue the ball. Functional in space when asked to cover. Can get skinny when shooting gaps and has decisiveness and pursuit quickness to crash down the line and close-out cutback lanes. Consistent, wrap-up finisher as tackler.

According to NFL.com here are some of Watt's weaknesses:

Not overly twitched-up as an athlete. Short strider who lacks explosion out of stance and up the field to bend the edge as a pass rusher. Foot quickness is average and needs to win with technique and great hand play. Won't generate enough acceleration to crank up speed-to-power rush with consistency. Plays with a narrow base. Needs to play with more consistent bend to play through redirection by offensive line. Will have to add power in his base to hold point of attack against tackles. Pass rush menu will need more options against NFL tackles.

Watt was originally projected as second round pick.