Badgers Practice Ahead of Sweet 16 Matchup with Florida 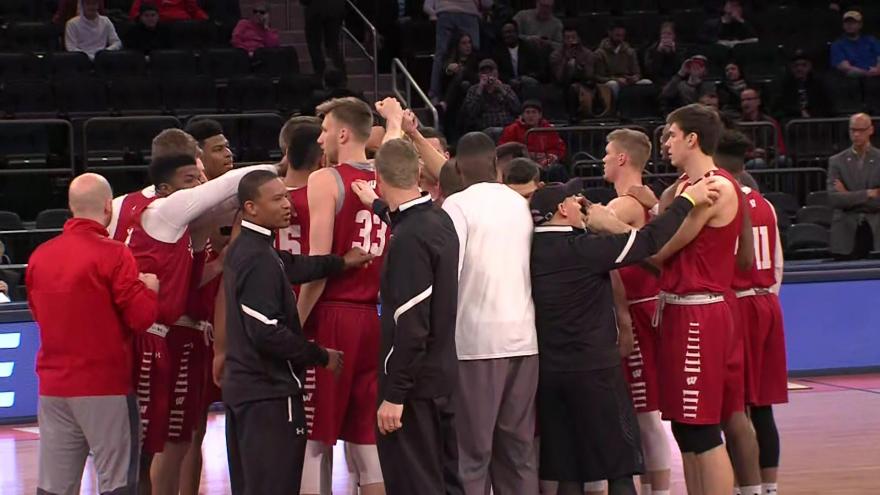 And tomorrow, the Badgers will take on Florida in The Sweet Sixteen. The team is getting ready holding practice in New York this afternoon.

The team is getting ready, holding practice in New York this afternoon.

The Badgers have a calm confidence here in New York as they get ready for the sweet 16. Wisconsin walked into today's practice at Madison Square Garden

With their band behind them and a few hundred fans cheering the badgers on. It was more of a shoot-around than anything else for Nigel Hayes, Bronson Koenig and the rest of the squad. They don't need to overwork themselves. With three straight trips to the Sweet 16, the seniors know what to expect and how to prepare. I asked Zak Showalter what changes in the second weekend of the tournament.

Showalter: "Not too much. We don't want to change. As a group, I think that's what this program has been good at. Just stating even keel and not getting too high or too low. Nothing preparation wise, We've been doing the same thing all year, It's just the next game ahead of us."

Bronson Koenig agreed that the preparation stays the same but says the intensity jumps in the second round. Coming up at 5 hear how Koenig's clutch play leads the Badger's charge.