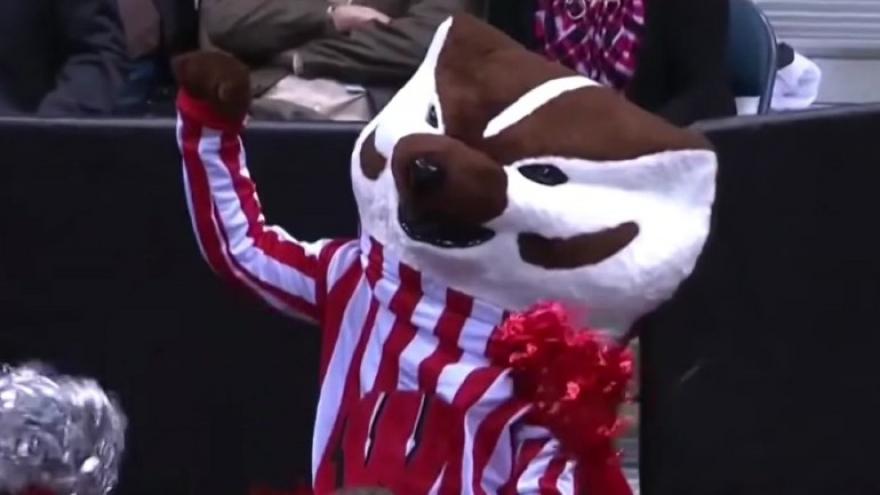 MILWAUKEE (CBS 58) -- As Milwaukee prepares to host the first and second rounds of the NCAA March Madness Men's Basketball Tournament at Fiserv Forum, the University of Wisconsin is working to get fans excited for the Badgers' game against Colgate Friday night.

The team will arrive in Milwaukee on Wednesday, but the UW communications staff is already hard at work visiting Milwaukee bars and restaurants, handing out gear and spreading the UW spirit.

"We thought, what a great idea to just go around to local establishments, places around Fiserv, local landmarks and hand out some Badger paraphernalia," said Brian Lucas, director of athletic communications at UW. "Some flags, some T-shirts to really get people excited for the Badgers coming here later this week and to get the community involved."

One stop was at Lakefront Brewery. The establishment is now flying a red and white 'W' flag and plans to have the game playing Friday night for patrons to watch the game and cheer on the Badgers.

"It will be an exciting weekend in Milwaukee for sure," said Dylan Mazurkiewicz with Lakefront Brewery. "It's fun for us, feeling like we're hyper local, to support any of the Wisconsin teams and feel like we're a part of the action."

Along with the support from businesses, basketball fans are jumping at the chance to cheer on the team in person. That interest is driving up ticket prices, with one of the cheapest tickets for the second session of games, which features Iowa State versus LSU and Wisconsin versus Colgate, costing over $300.

That price left some fans disappointed, including Michael Barnes, who was hoping to cheer on his former student, Tyrese Hunter, who will be playing in the tournament for Iowa State.

"I get the hometown Wisconsin fans want to see Wisconsin, so those prices I knew were just going to skyrocket," Barnes said. "It's awesome to see the interest in it, but it's also disheartening to some of those fans that would have that connection and just can't afford to go."

Barnes still plans to cheer on Hunter and the Cyclones, he'll just be yelling and cheering at the TV screen instead of at the players on the court.

"I've got the DVR set up, so it's going to be saved on my TV for quite some time," Barnes said. "Knowing that he's coming here on such a big stage, it's like man, it's so cool. It's such a cool feeling to be able to see this."

For Wisconsin fans that are looking to show support for the Badgers ahead of the game, a Badgers Happy Hour will be hosted in the Deer District on Thursday starting at 4 p.m. and lasting until 5.

On Friday, from approximately 4:30 p.m. to 6:30 p.m., a Badgers pep rally will take place in the Deer District with the UW Band scheduled to play around 6 p.m.