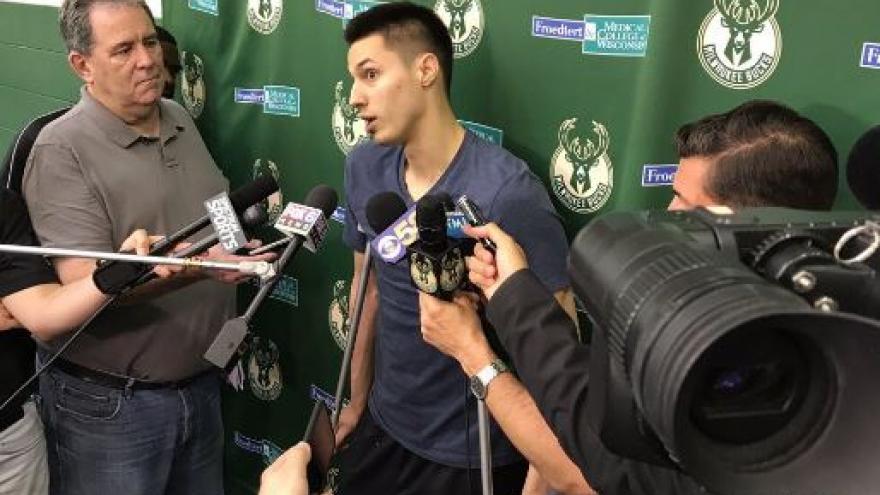 UPDATE: Bronson Koenig rolled his ankle about 75% through Thursday's workout with the Milwaukee Bucks. Koenig talked with media after the practice and said he rolled his ankle. He said his recovery is day-to-day.

In preparation for the 2017 NBA Draft, the Bucks will hold a draft prospect workout Thursday at the Milwaukee Bucks Training Center in St. Francis. Wisconsin Badgers Bronson Koenig is one of the players working out for the Bucks Thursday.

The Milwaukee Bucks hold the 17th and 48th selections in the upcoming 2017 NBA Draft, which will be held on Thursday, June 22, at the Barclays Center in Brooklyn, N.Y.