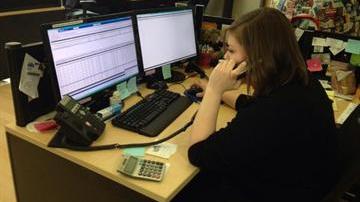 MILWAUKEE -- The NCAA Tournament Selection Committee did Milwaukee and the BMO Harris Bradley Center a favor when they slotted Wisconsin.

The Badgers first game is in Milwaukee, just a short ride from campus in Madison.

Ticket King in Milwaukee has fielded calls all morning from Badger fans looking for tickets.  There are still some tickets available through the Ticketmaster NCAA pairing for all sessions.

Ticket King President John Lamoreaux says having the Badgers is a game changer. He said its a huge win for Milwaukee. He also says adding a team like Michigan helps too since there's a big fan base that travels well.

Right now though, Wisconsin is the hot ticket.

\"Session one right now that the Badgers are in are starting out at $124 each for an upper level seat,\" Lamoreaux said.  \"Whereas session 2, Thursday night, if you wanted to go see michigan play it's $54 right now.\"